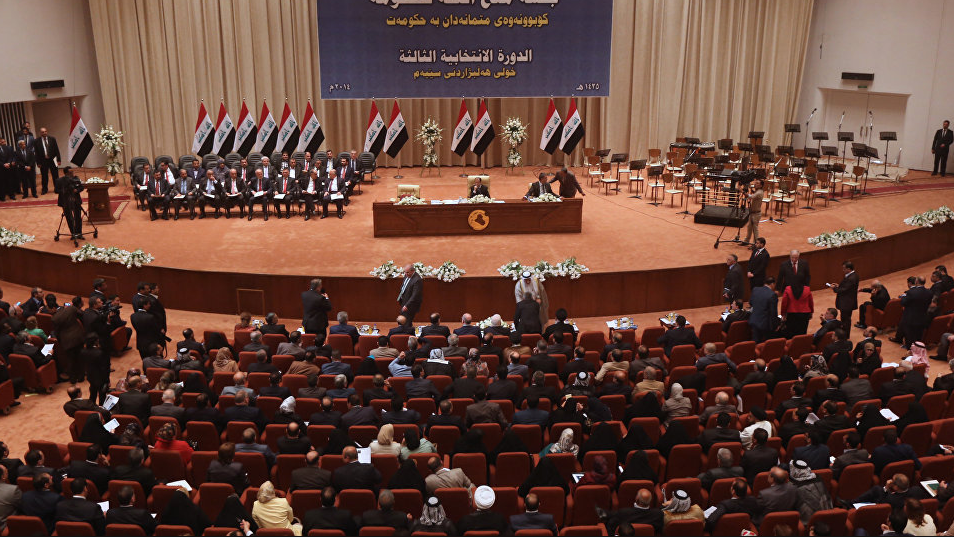 The Iraqi parliament Thursday postponed its session for two days due to a lack of quorum after the lawmakers failed on whether to approve the date of general elections on May 12, or delay the elections to the end of the year, amid debate among political blocs.

A statement by the parliament said that 149 lawmakers out of 260 attending the session voted to hold secret ballot over whether to delay the May 12 elections or not.

After the secret ballot, the request to postpone the elections won the votes of only 123 lawmakers and did not achieve the quorum of half plus one, the statement said.

The Speaker Salim al-Jubouri adjourned the session to Saturday in order to carry out an open ballot for May 12 date set by the government and the Independent High Electoral Commission (IHEC).

The secret vote was protested by the National Alliance, a Shiite bloc, pushing them and some other lawmakers to walk out of the session.

On Wednesday, Sunni major parliamentary coalition demanded postponement of the general elections for six months to allow hundreds of thousands of Sunni displaced people to return home to cast their ballots after the liberation of their cities and towns from the Islamic State (IS).

"The voter registration update is currently no more than 2 percent of the total eligible voters of Nineveh province and if it goes ahead (for May 12 elections), it will not reach 15 percent of total voters," Ahmed al-Jubouri, a Sunni lawmaker for Nineveh province, told Xinhua.

Jubouri noted that the elections under such circumstances will result in weaker representation for the Arabs, 82 percent of Nineveh's provincial population, and most of the parliamentary seats will go for other minorities.

"That will draw a new political map in the province and the majority Arabs will be the biggest victims," Jubouri added.

Earlier, the cabinet of the Iraqi Prime Minister Haider al-Abadi in coordination with IHEC decided May 12 as date for the coming elections.

According to the Iraqi constitution, the parliamentary elections must be held at least 45 days before the end of the current legislative term.

The elections date must be ratified later by the current parliament before the endorsement of the Presidential Council to be fully approved.

Iraq's previous general election was held on April 30, 2014, when Iraqis elected 328 lawmakers for the parliament, which in turn elected Abadi to form an inclusive government from the Shiite alliance, Kurds and Sunnis.