BAGHDAD, March 12 (Xinhua) -- The Iraqi Presidency on Thursday condemned a deadly rocket attack on a military base housing international coalition forces near the capital Baghdad.

"The Presidency condemns the terrorist attack on the Iraqi military base of al-Taji with Katyusha rockets, which resulted in killing and wounding of a number of trainers and advisors among the international coalition forces operating in Iraq to fight against terrorism at the invitation of the Iraqi government," the media office of the Presidency said in a statement.

The presidency offered condolences to the families of the victims, and called on all parties concerned to exercise restraint and calm.

On Wednesday evening, the Iraqi military said in a statement that 10 rockets landed on al-Taji Camp, some 20 km north of Baghdad, where some U.S. troops are stationed.

No group has so far claimed responsibility for the attack, as the military bases housing U.S. troops across Iraq and the heavily fortified Green Zone in central Baghdad are frequently targeted by rebels' mortar and rocket attacks.

On Jan. 5, the Iraqi parliament passed a resolution requiring the government to end the presence of foreign forces in Iraq, just two days after a U.S. drone strike on a convoy at Baghdad airport, which killed Qassem Soleimani, former commander of the Quds Force of Iran's Islamic Revolution Guards Corps, and Abu Mahdi al-Muhandis, deputy chief of Iraq's paramilitary Hashd Shaabi forces.

More than 5,000 U.S. troops have been deployed in Iraq to support the Iraqi forces in the battles against Islamic State militants, mainly providing training and advising to the Iraqi forces. 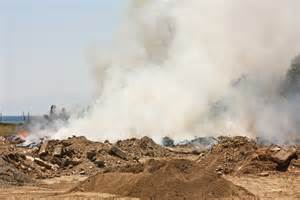