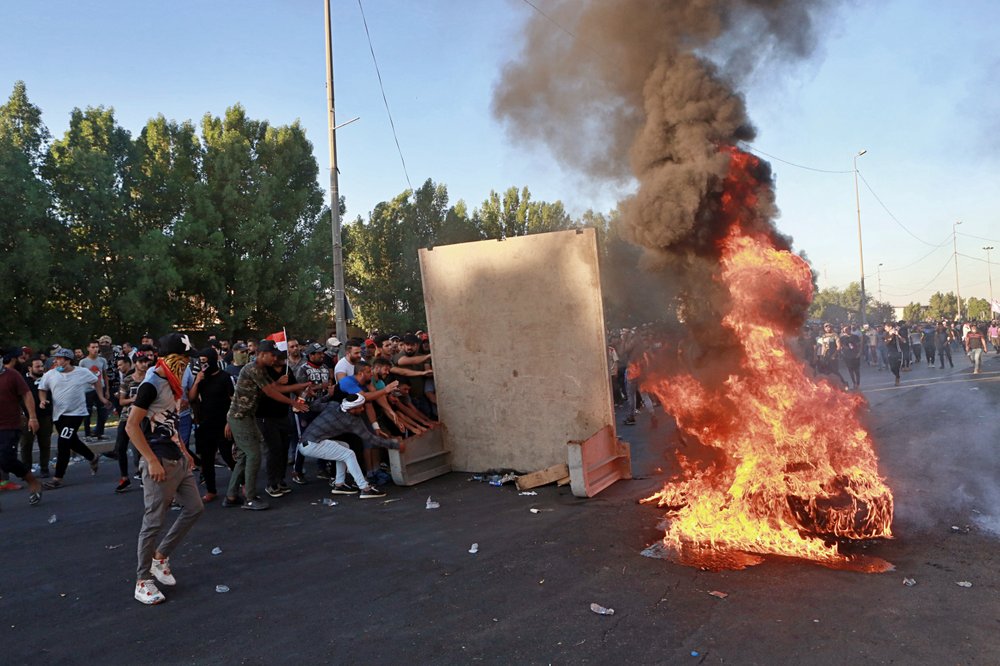 In his speech addressing the Iraqi people, Salih called on the demonstrators "to join a constructive and genuine dialogue within the national framework that guarantees informing the people about the steps of reform, and hold direct and daily meetings with our youth in all cities."

He urged to restraint and de-escalate the protests in order to prevent the non-Iraqis from interfering in the national dialogue.

Salih also said that "the targeting of peaceful demonstrators and security forces with live bullets, and the targeting of media and media workers is unacceptable in Iraq, which we have pledged to be a democratic, in which rights and freedoms are respected, and where all abide by the constitution."

Salih demanded launching investigation into the "violence that took place in the past few days, in order to prevent the use of excessive force and to follow the rules of engagement to control the riot to protect the right of citizens to peaceful demonstration."

He said that he supports a "fundamental ministerial reshuffle" to improve the government performance and to activate its mechanisms to achieve a qualitative leap in its performance to provide public services.

The Iraqi president also called to activate the role of a court that concerned with integrity issues, and to refer all the corruption files to the court within specific timelines.

He reiterated his stance that he doesn't want Iraq to be a field of conflicts of others, confirming that Iraqis hope to live in peace and prosperity.

The Iraqi authorities said earlier that they have approved a package of reforms, including building thousands of subsidized housing units for the poor people, stipends for the unemployed and training programs and loan initiatives for the youth.

Yahya Rasoul, spokesman of the Iraqi Joint Operations Command (JOC) said in a statement that the situation is under control and that the demonstrations were eased on Monday after days of bloody protests.

He said that the JOC "issued an order to refer the officers who used excessive force with the demonstrators to the investigation immediately," and also ordered the army to withdraw from Baghdad's eastern neighborhood of Sadr City, and to replace them with the federal police.

An earlier statement by the JOC said that Abdul Mahdi, also commander-in-chief of Iraqi forces, ordered the army force to withdraw from Sadr City neighborhood and that his order came after Sunday night clashes erupted in the neighborhood.

Since Tuesday, hundreds of Iraqis have been holding protests on the streets in Baghdad and other Iraqi provinces. They voiced their anger that after two years of defeating the extremist Islamic State militants, millions of the population are still living in worsening conditions in the oil-rich country.