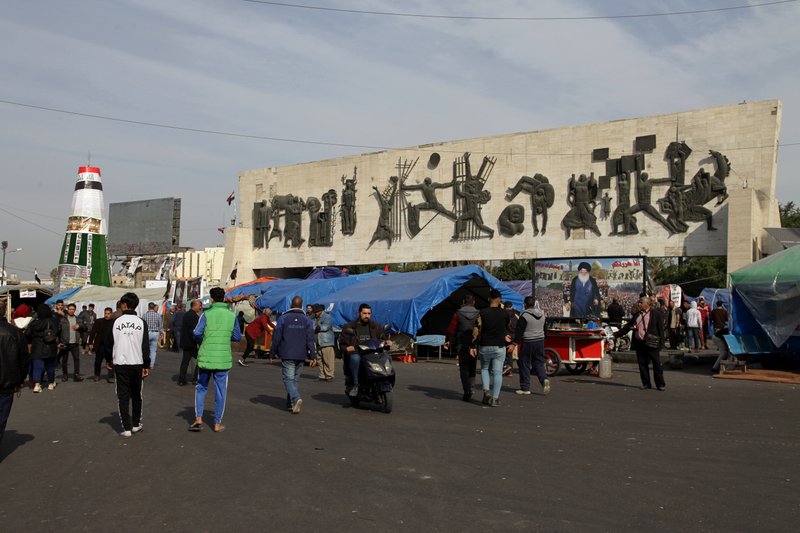 The demonstrators entered the heavily fortified Green Zone and prepared tents to hold a sit-in protest in front of the U.S. embassy, an official from the Iraqi Interior Ministry told Xinhua on condition of anonymity.

The demonstrators wrote on the wall of the embassy "closed in the name of the people," and burned a guard tower on the outer fence of the embassy, as they were trying to enter the outer yards, the source said.

Later on, many of the protesters managed to storm one of the gates and broke into the outer yards of the embassy, sparking a clash with the guards who fired tear gas canisters against the demonstrators, the source said.

A U.S. military statement said that U.S. forces attacked on Sunday evening five bases of Kata'ib Hezbollah (KH) in Iraq and Syria in response to repeated attacks by KH against U.S.-led coalition forces in Iraq.