Iraqi refugee held in France on suspicion of IS 'war crimes' 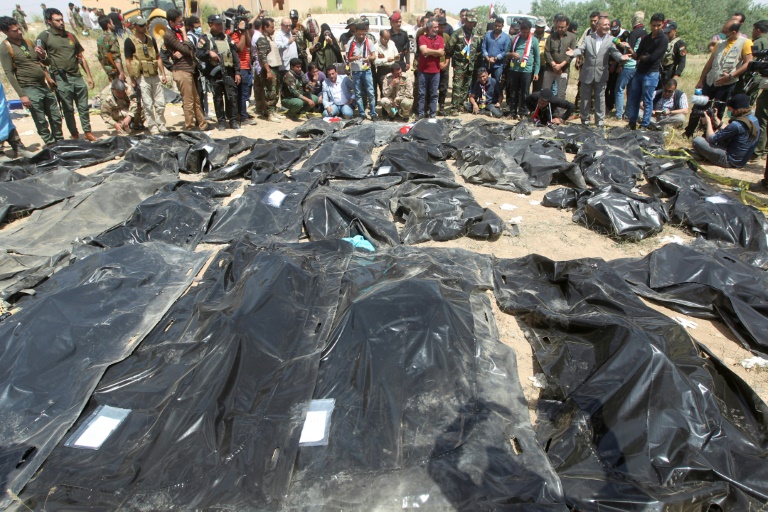 The Camp Speicher massacre was one of ISIS' worst atrocities.(Photo： AFP)

An Iraqi refugee in France thought to be a former senior member of the Islamic State group has been arrested in Paris and indicted on suspicion of "war crimes" over his alleged involvement in a massacre in his country.

The 33-year-old man, referred to as Ahmed H, is accused of having participated in the June 2014 capture and execution of an estimated 1,700 young, mainly Shiite army recruits from the Speicher military camp to the north of Tikrit.

Ahmed H was arrested in March and indicted days later on a range of charges including "killings in connection with a terrorist group" and "war crimes", and placed in pre-trial detention, the Paris prosecutor said.

The case highlights fears by Western intelligence agencies that jihadists have been able to take advantage of the migrant crisis to enter Europe.

Having arrived in France in the summer of 2016 Ahmed H obtained refugee status a year later and was given a 10-year resident card, a source close to the investigation told AFP on Thursday.

Shortly after being granted his refugee status, Ahmed H was identified and followed by intelligence services, who then notified judicial authorities.

According to a source close to the investigation, Ahmed H has denied any involvement.

French authorities have revoked his protected status since his incarceration.

His lawyer Mohamed El Monsaf Hamdi did not want to comment immediately when contacted by AFP.

The Camp Speicher massacre was considered one of IS's worst crimes after it took over large parts of Iraq in 2014.

One of the sites of the massacre was the former river police building inside former president Saddam Hussein's palace complex in Tikrit.

Video footage subsequently released by IS showed an assembly-line massacre in which gunmen herded their victims towards the quay, shot them in the back of the head and pushed them in the water one after the other.