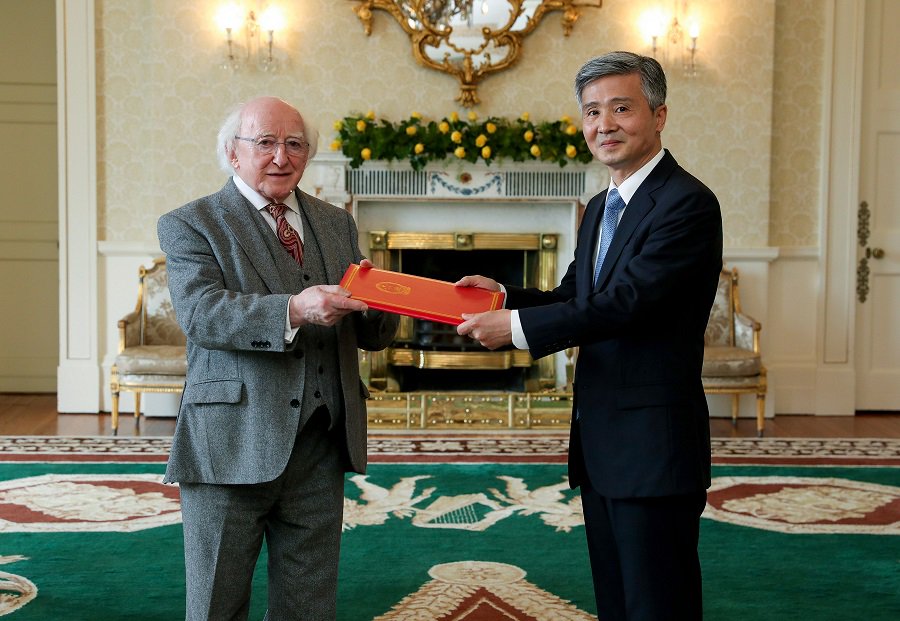 DUBLIN, May 29 (Xinhua) -- Irish President Michael D. Higgins said here on Tuesday that his country attaches great importance to the ties with China and is willing to make joint efforts in pushing forward the development of the bilateral relations.

He made remarks while receiving the letter of credence from the new Chinese ambassador to Ireland He Xiangdong.

Ambassador He said that he feels honored to serve the mission in the year of 2019, which marks the 40th anniversary of the establishment of the diplomatic relations between China and Ireland.

He expressed the wish to work with the Irish side in bringing the China-Ireland relations to a new height.

The new Chinese ambassador arrived in Dublin earlier this month.