Ireland on Monday lifted domestic travel restrictions and began a phased reopening of non-essential retailers in the most significant loosening of pandemic curbs so far this year. 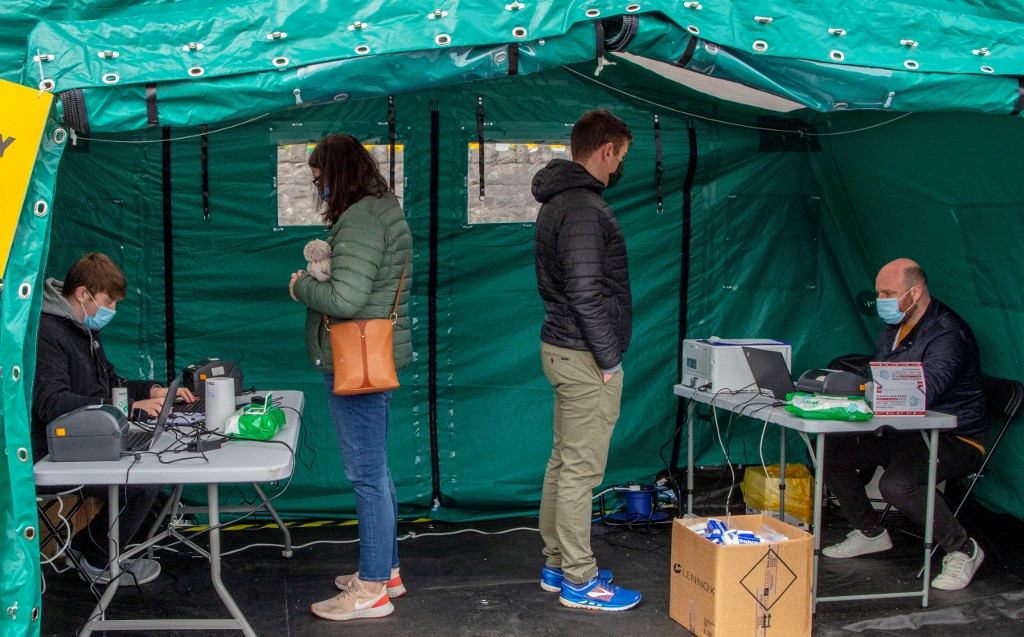 Health workers prepare people for a swab test at a walk-in portable testing centre for Covid-19 operated by the ambulance service in Dublin, Ireland on March 25, 2021. (File photo: AFP)

After more than five months of severe restrictions, a ban on travel between counties was finally lifted to allow citizens to move freely throughout the Irish Republic.

Meanwhile hairdressers and other personal services, as well as non-essential shops, were permitted to trade once again on an "appointment only" basis.

Galleries, museums, libraries and other cultural attractions were also allowed to unlock their doors to the public.

Around 12,000 businesses are now due to reopen this week according to deputy prime minister Leo Varadkar, who also serves as enterprise and trade minister.

"This is a moment that businesses across Ireland have been waiting for," he said in a statement.

"This has been the longest lockdown since the pandemic began. I am determined to do all we can to ensure that it is the last."

Next Monday retail businesses are set to fully reopen and the government estimates 100,000 staff will return to work throughout this month.

However Varadkar said employees should still "work from home wherever possible".

Ireland -- a nation of around five million -- has suffered 4,921 deaths from Covid-19 according to latest official figures.

After restrictions were relaxed in December cases surged and for a time in January the country had the highest rate of infection in the world, according to Oxford University data.

Ireland entered its third lockdown just before the start of 2021 and the nation's vaccine rollout was initially sluggish, tethered to an EU-wide programme hampered by supply issues.

But some 1.8 million vaccine doses have now been administered across the country, according to official health service data last updated Friday.

On Sunday, Prime Minister Micheal Martin received the first dose of the AstraZeneca jab in his home city of Cork.