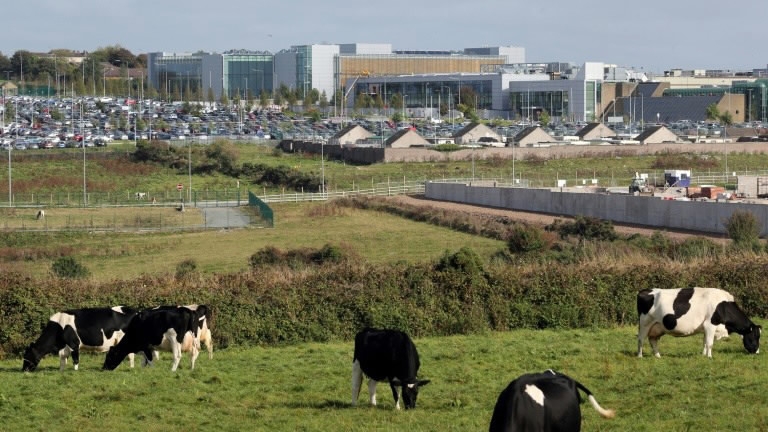 DUBLIN, Jan. 25 (Xinhua) -- Ireland is an important outbound travel market in the world with the annual number of overseas trips made by its residents far exceeding its population, Xinhua learned Saturday from an international tourism show being held here.

It is learned from the organizer of the show, Irish Travel Agents Association (ITAA), that the number of overseas trips made by Irish residents in the first 11 months of 2019 reached 8.25 million, a figure much higher than Ireland's total population which now stands at about 4.9 million.

It is also learned that over 60 countries and regions including China participated in the show which kicked off on Friday at Royal Dublin Society, a building complex for holding major events in the city.

A stand set up at the show by China National Tourist Office London attracted a number of prospective visitors. The office is responsible for promoting the Chinese tourist market in Britain, Ireland and five other European countries, namely Norway, Sweden, Finland, Denmark and Iceland.

Named Holiday World Show, the show has run for the 30th consecutive year and is expected to attract over 30,000 visitors during the three-day course, according to ITAA.

At the show, over 1,000 professionals from domestic and foreign travel agents and tour operators will provide visitors inside information on the best destinations and best deals for their holidays, weddings and honeymoons, said ITAA.

A variety of tourism equipment such as caravans, motorhotels and outdoor camps will be displayed at the show, said ITAA, adding that exhibitors will also stage a range of performances to showcase the rich culture of their countries.