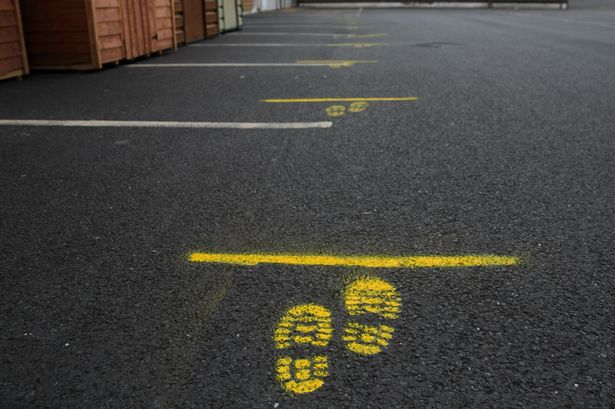 Museums, galleries, libraries, cinemas and places of worship also reopened as the nation lifted virus curbs in place since October 22.

On Friday, pubs and restaurants serving food will follow suit, although drinking-only establishments will remain shuttered.

Ahead of Christmas, the government is also urging people to wear masks outdoors on "busy streets", starting on Tuesday.

Infection rates are bound to rise in the run-up to the festive season, foreign minister Simon Coveney told state broadcaster RTE on Monday.

"The challenge is to keep that increase as low as possible," he said.

According to latest official figures, there have been 2,053 deaths from coronavirus in Ireland, a nation of five million.

The daily death toll peaked at 77 in mid-April and in recent weeks has frequently remained in the single digits.

But the Republic was the first nation in Europe to return to a partial lockdown mirroring the first in March as the rate of "second-wave" infections surged.

According to latest data from the European Centre for Disease Prevention and Control, Ireland now has the second-lowest 14-day incidence rate of the virus in the EU behind Iceland.

"The efforts and the sacrifices that each of us has made is working. Lives have been saved," prime minister Micheal Martin said in a national address Friday.

"In easing restrictions we are going as far as we believe it is possible to achieve the best balance of health, economic, and social considerations, but no further."

Under the relaxed restrictions in effect from Tuesday, household visits remain off-limits and people have been told not to travel outside their county of residence.

However, last week the government announced plans to ease pandemic curbs over Christmas and New Year.

From December 18 to January 6, up to three households will be permitted to mingle and inter-county travel limits will be lifted.

"This cannot and will not be the kind of Christmas we are used to, but it will be a very special time when we will all be able to enjoy some respite from the hardships of 2020," Martin said.