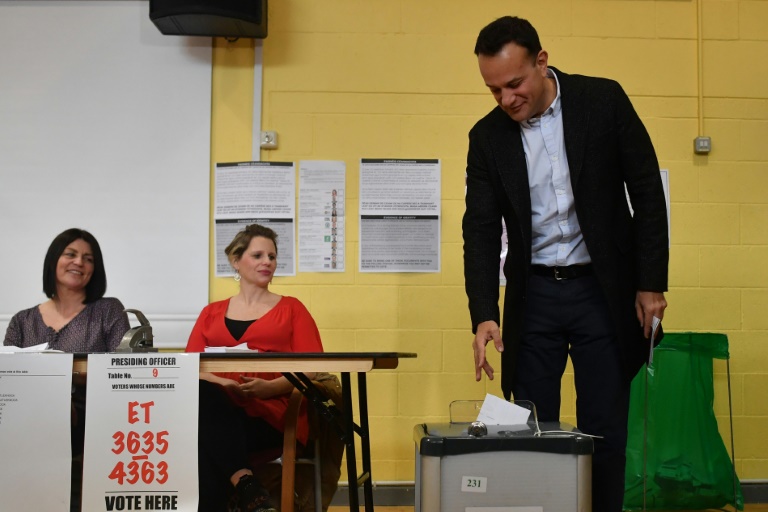 Ireland's Prime Minister and leader of the Fine Gael party party Leo Varadkar cast his vote on the outskirts of Dublin. (Photo: AFP)

None of the candidates nominated by the country's four largest political parties won the minimum required quota of the votes from all the 160 members of the lower house, who participated in Thursday's voting, said the report.

The newly elected chair of the lower house of the Irish parliament Sean O Fearghail announced an adjournment till March 5 when another round of voting for the country's prime minister will be called.

Following the conclusion of Thursday's meeting of the lower house, outgoing Irish Prime Minister Leo Varadkar paid a visit to the official residence of the Irish president where he is expected to tender his resignation, said the report.

According to Irish laws, Varadkar will continue to exercise his duty as a caretaker prime minister of the country after his resignation until a new prime minister is elected, it said.

Earlier on Thursday afternoon, Sean O Fearghail has been re-elected as chair of the lower house of the Irish parliament by winning 130 votes while his sole competitor, Denis Naughten, an independent member of the lower house, received 28 votes.