Ireland to expand beef exports to China through Import Expo 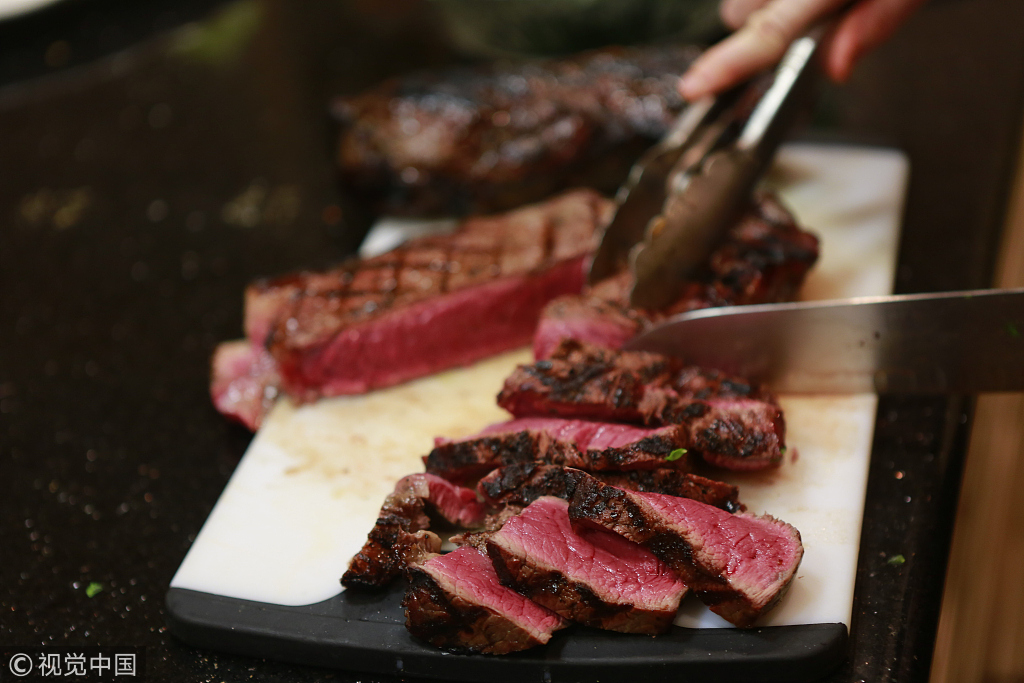 An undated photo shows beef steak. Ireland is planning to expand beef exports to China through the first-ever China International Import Expo, which will be held in Shanghai from Nov. 5 to 10. (Photo: VCG)

Ireland is said to be putting a focus on beef exports as part of its submissions to the forthcoming China International Import Expo next month in Shanghai.

Irish beef has been all-but-absent from the Chinese market for nearly 18 years due to an outbreak of mad cow disease in Europe.

However, now that China has recently reopened its doors to European beef imports, Irish beef producers have cause for celebration.

Last year, Ireland produced 580-thousand tons of beef, with 90 percent of it being exported, much of it to the UK.

But with Britian's Brexit looming, expanding Ireland's international markets for its beef is becoming increasingly important for Irish beef producers.

It also has a range of beef products available through online Chinese retailer JD.com.

Mark Goodman, managing director of ABP Food Group, says the company is hopeful that Irish beef will be able to find its way further into China.

"As of today, Ireland has six factories approved to export to China, and at the moment, the Irish government is working with Chinese government to put forward more factories to be approved, hopefully, later this year. With markets like China coming on stream, it is a massive help to reduce the risk of the impact of Brexit on the Irish beef industry and Irish farmers."

Beef is now being consumed in China faster than any other meat available in the market.

Industry observers are suggesting supplies are unlikely to keep up with demand.

China is now the world's second largest beef importer behind only the United States.

Tara McCarthy, Chief Executive of Bord Bia, the Irish Food Board, says its this analysis which has them 'bullish' about producing beef exports for the Chinese market.

"We believe that the growth in China is hundreds and thousands of tons of beef. And we are looking obviously for a percentage for Europe, because the natural growth within the Chinese market is significant towards beef as consumers are increasing more as their incomes increase continuously. And what we are now seeing is an opportunity for European beef as Ireland was one of the first European beef exporters to have an opportunity in China."

For Irish beef processors, the China International Import Expo is said to represent a major opportunity, with over 150-thousand potential Chinese buyers expected to attend the event.

Ireland's Food and Agriculture Minister, Michael Creed, suggests Irish beef is a good fit for China, noting that the country is already the second largest market for Irish diary and pork.

The first-ever China International Import Expo will take place in Shanghai from November 5th to 10th.