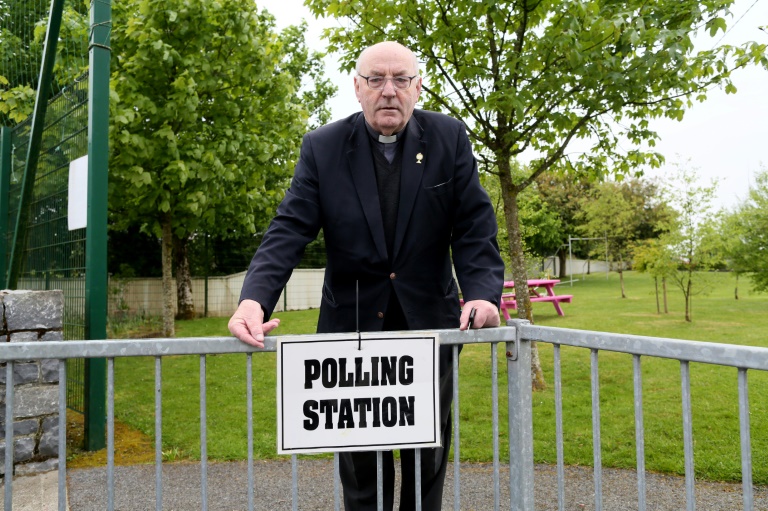 People in Ireland on Friday voted in a landmark referendum on whether the traditionally Catholic country should liberalise some of the strictest abortion laws in Europe.

A bitter campaign has dominated public debate in Ireland over recent months as nearly 3.5 million voters are asked whether they want to overturn a constitutional ban on abortion.

The pro-choice campaign had an early lead in opinion polls but lost some of its advantage in recent weeks and experts have predicted the result could be exceptionally close, with many voters still undecided.

People arriving at polling stations on Friday in more traditional rural areas and city centres spoke about the momentousness of a morally complex decision.

Chris Garvin, 20, who works in human resources, said: "I'm not going to try and sway people's opinions but it's a very, very important matter and I think it's going to affect everybody's lives in some way."

Ireland has traditionally been one of the most religious countries in Europe. However, the Catholic Church's influence has waned in recent years following a series of child sex abuse scandals.

The referendum comes three months before a visit by Pope Francis for the World Meeting of Families (WMF) and three years after Ireland voted to legalise same-sex marriage despite the Church's opposition.

"The fact that it's illegal for somebody in Ireland to seek medical treatment, having to travel outside the country and to feel that guilt, shame and isolation, it's absolutely shocking," said Belinda Nugent, 43, a community activist voting at Lourdes Parish School in north Dublin.

"I took it really personally, this vote, and said I'm going to come out today and vote for what I believe in."

But in the small town of Kilcullen, some 50 kilometres (32 miles) southwest of Dublin, voter Sean Murphy told AFP: "I don't see any reason to change from the position we are in at the moment".

Voters have until 10:00pm (2100 GMT) on Friday to cast their ballots at some 6,500 polling stations, after which an exit poll of 3,000 voters will be released on national broadcaster RTE.

The count will begin at 9:00am (0800 GMT) on Saturday, with the result expected to be announced at Dublin Castle later in the day.

Dublin voter Helen, 47, who did not want to give her surname and is currently unemployed after suffering cancer, said her radiation treatment would have been stopped had she been pregnant, under existing laws giving equal right to life to expectant mothers and unborn babies.

"I've been awake all night. I'm very emotional about this," she said, outside a polling station opposite Dublin's cathedral.

"We've been marching about this for years and desperately trying to get successive governments to do something. Hopefully our day has come."

As she spoke, she was challenged by a man who asked her whether she thought life was precious or not.

Canvassers were out on the streets holding up signs and wearing t-shirts, mindful of the law requiring them to stay at least 50 metres from a polling station.

Irish Prime Minister Leo Varadkar, who backs the reform, said he was taking nothing for granted as he voted in the capital.

Varadkar told reporters that turnout had been good so far and this increased the chances of a vote in favour of liberalising abortion laws.

"Hopefully it'll be a Yes vote," he said.

The eighth amendment to the Irish constitution was installed following a 1983 referendum which approved outlawing abortion.

Anyone terminating a pregnancy in Ireland could face 14 years in jail.

The ban has led to thousands of women travelling each year to neighbouring Britain, where terminations are legal, or increasingly turning to abortion pills sold online.

The law was tweaked in 2013 to allow terminations if the mother's life is at risk, following the death of Savita Halappanavar, a pregnant woman originally from India who was refused an abortion.

The Irish government has proposed that if the eighth amendment is repealed, abortion will be allowed up to 12 weeks and between 12 and 24 weeks in exceptional circumstances.