DUBLIN, Sept. 15 (Xinhua) -- Irish Prime Minister Micheal Martin confirmed on Tuesday that all the cabinet members of his government have been advised to restrict their movements after one of their colleagues, Minister for Health Stephen Donnelly, is suspected of catching COVID-19. 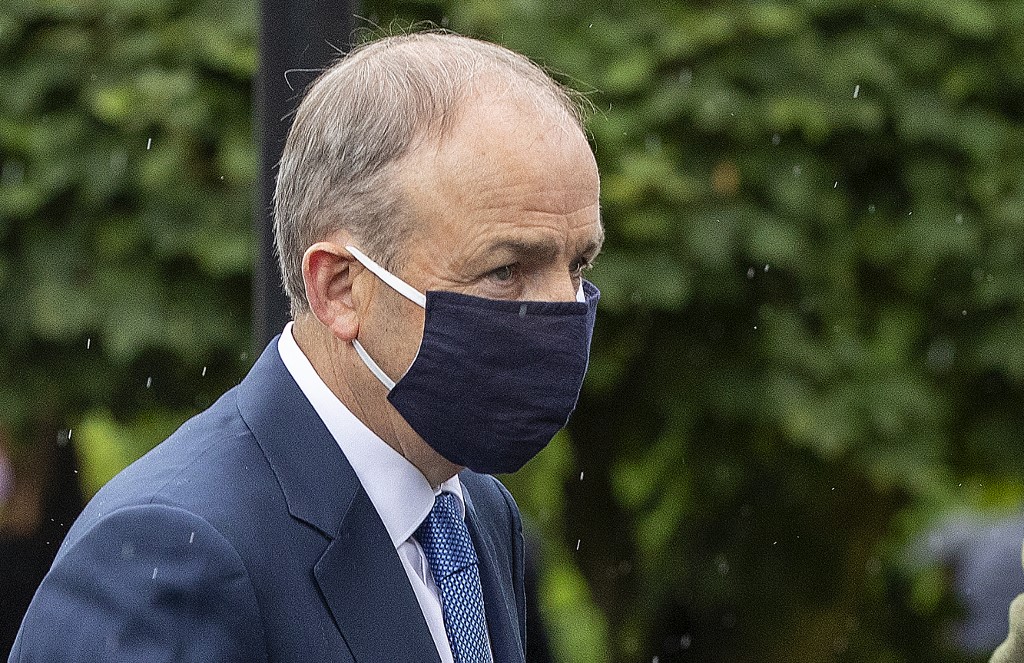 Ireland's prime minister Micheal Martin, wearing a face mask or covering due to the COVID-19 pandemic, arrives to attend the funeral of John Hume at St Eugene's Cathedral in Derry (Londonderry) in Northern Ireland, on August 5, 2020. (File photo: AFP)

Donnelly had sought a COVID-19 test after he felt unwell and showed symptoms, said Martin during an interview with the Irish national radio and television broadcaster RTE, adding that all government ministers have been advised to restrict their movements pending the outcome of  Donnelly's test.

According to RTE, Donnelly did not feel well on Tuesday afternoon after attending a government press briefing on the COVID-19 issue in the morning and had contacted his general practitioner for a COVID-19 test.

It is not clear whether the health minister has received the test or not. Nor is it clear when the test results will come out.

Speaking to RTE, Martin said that they all had to be cautious as the health minister had been working closely with other members of the cabinet.

He said that all government ministers will continue to perform their duties remotely despite the restrictions of their movements.

Following the report about the health minister being suspected of catching the virus, the speaker of the lower house of the Irish parliament, Sean O Fearghail, announced later in the day that the house will stand adjourned until further notice.

Earlier in the day, the Irish government unveiled a new medium-term plan to cope with the pandemic in the country for the next six to nine months.

The Irish Department of Health announced on Tuesday night that the country reported another 357 confirmed cases of COVID-19 as of Monday midnight, with three additional deaths related to the virus.

Of all these new cases, 218 came from Dublin, said the department in a statement.

To date, Ireland has recorded 31,549 confirmed cases of COVID-19, with 1,787 fatalities, according to the department.