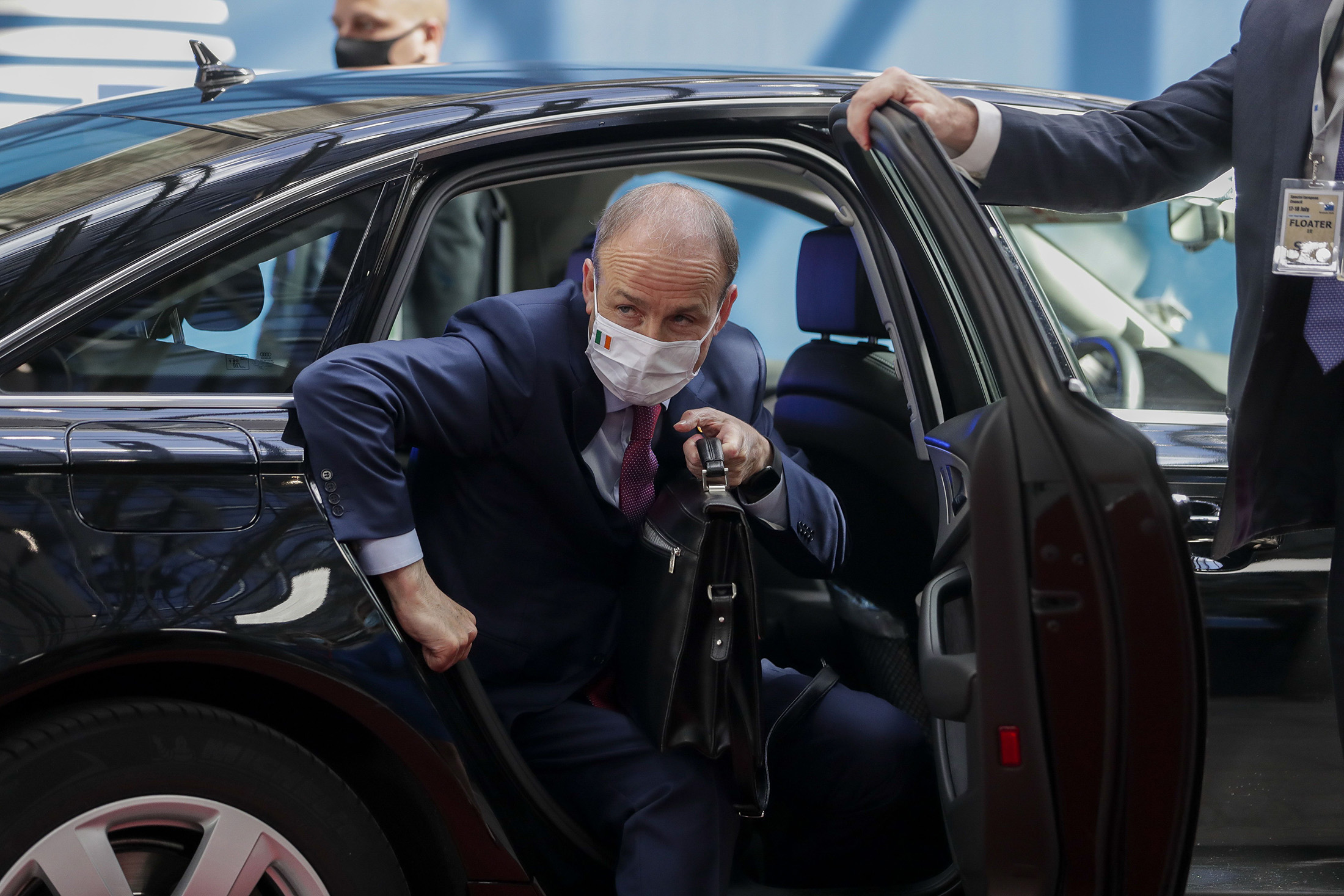 Martin and his coalition government partners, deputy prime minister Leo Varadkar and cabinet minister Eamon Ryan, "have agreed that the Dail (parliament) should be recalled", a spokesman said.

The news came after two days of political turmoil following revelations that swathes of lawmakers and senior politicians attended a parliamentary golf society dinner in breach of coronavirus guidelines.

The event was held just 24 hours after the government announced fresh COVID-19 restrictions to curb a new surge in cases, including no "formal or informal events or parties" to be held at hotel restaurants.

It was reported that attendees at the dinner sat at tables of ten in breach of coronavirus guidelines, and organisers erected a room divider in a bid to skirt legislation banning gatherings of more than 50.

But police on Friday said they had opened an investigation into the event for alleged breaches of that same legislation.

Martin and Varadkar -- the head of Fine Gael, the party for which Hogan previously served as a lawmaker -- said on Saturday they had "asked him to consider his position".

A spokesman for Hogan told state broadcaster RTE on Saturday he would "reflect on" the request.

Irish agriculture minister Dara Calleary and deputy chair of the parliament's upper chamber Jerry Buttimer have both already resigned for their attendance at the event.

Hogan -- who was a lawmaker in Ireland's upper and lower parliaments between 1987 and 2014 -- initially said he had been assured the dinner would comply with government guidelines.

The 60 year-old, who served as Ireland's environment minister from 2011 to 2014 before becoming EU trade commissioner last year, later issued a statement apologising for "the distress caused by his participation", according to RTE.

But a spokesman for Martin said: "The commissioner's apology came late and... he still needs to give a full account and explanations of his actions."

Martin and Varadkar "both believe that the event should never have been held," he added.

A government spokesman said the request to recall parliament will be made to the chamber chair on Monday.

The coalition partners agreed parliament should return after schools have reopened over the next two weeks, following their closure in March due to coronavirus.