WORLD Irresponsible withdrawal of US and NATO forces from Afghanistan to lead unrest: Pakistani FM

Irresponsible withdrawal of US and NATO forces from Afghanistan to lead unrest: Pakistani FM 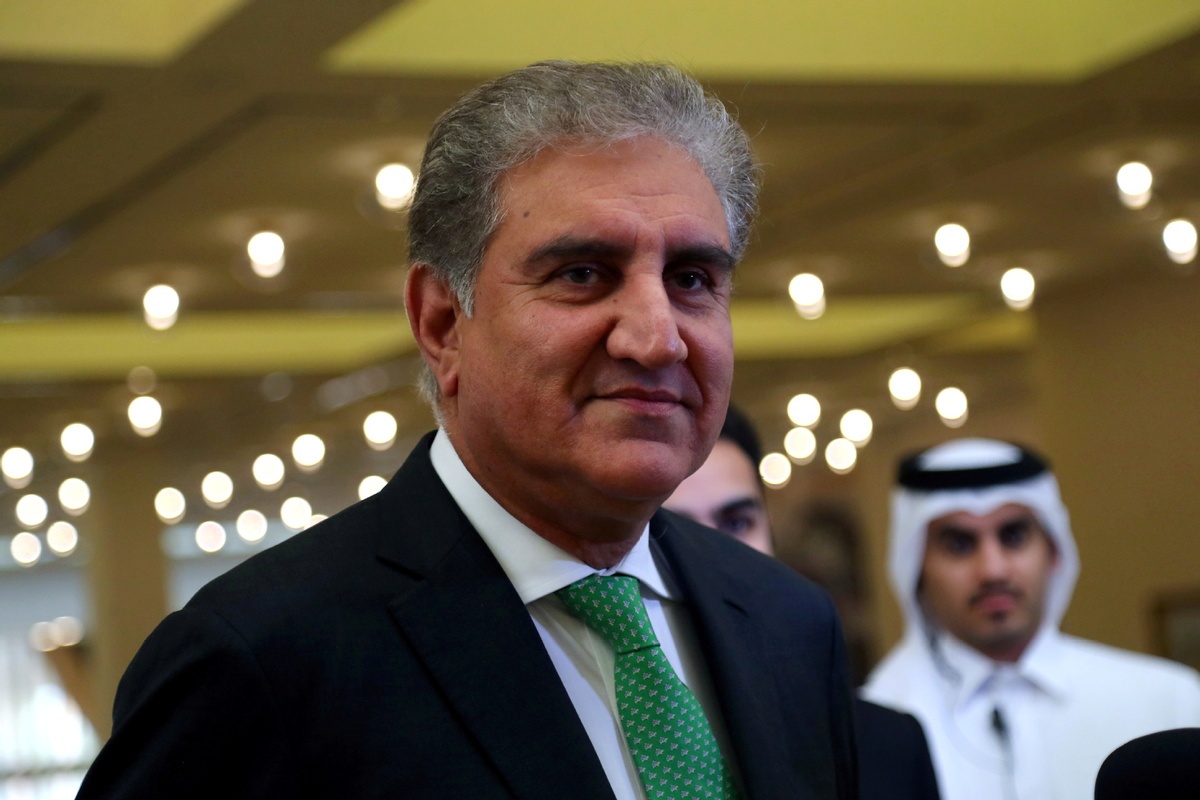 Pakistan's Foreign Minister Shah Mahmood Qureshi is seen, ahead of an agreement signing between members of Afghanistan's Taliban delegation and US officials in Doha, Qatar Feb 29, 2020. (Photo: Agencies)

Pakistani Foreign Minister Shah Mahmood Qureshi on Monday said that irresponsible withdrawal of the US and NATO forces from Afghanistan may give benefit to militants and lead to unrest in the country.

Addressing a press conference here, the official called for a responsible and orderly withdrawal of the troops without leaving a vacuum for the militant element to play havoc and create a chaotic situation for the region.

He also expressed concern over the rising cases of violence in Afghanistan during the withdrawal process of US and NATO forces.

Qureshi noted that the Afghan peace process is at a critical stage, and there is a dire need to find a broad-based and inclusive settlement through an Afghan-led and Afghan-owned process.

Underlining the sacrifices made by his country due to unrest in Afghanistan, the Pakistani official said that Pakistan has been a victim of the war in the neighboring country.

"The price that we have paid has to be understood. We have had close to 80,000 casualties, we have suffered huge economic losses. The world should not be oblivious to that."

The foreign minister said that Pakistan had played its role in the Afghan peace and reconciliation process, and now, it was up to the Afghan leadership to move the intra-Afghan dialogue process further.

Talking about his country's efforts for the Afghan peace process, Qureshi said that Pakistan "played an instrumental role in bringing the Afghan Taliban to the negotiating table in 2019. Pakistan facilitated the conclusion of the US-Taliban peace agreement in February 2020 in Doha".

He briefed the media that his country is making sure to check on people coming in and going out from Pakistan through the Afghan border while it has completed 98 percent of border fencing.