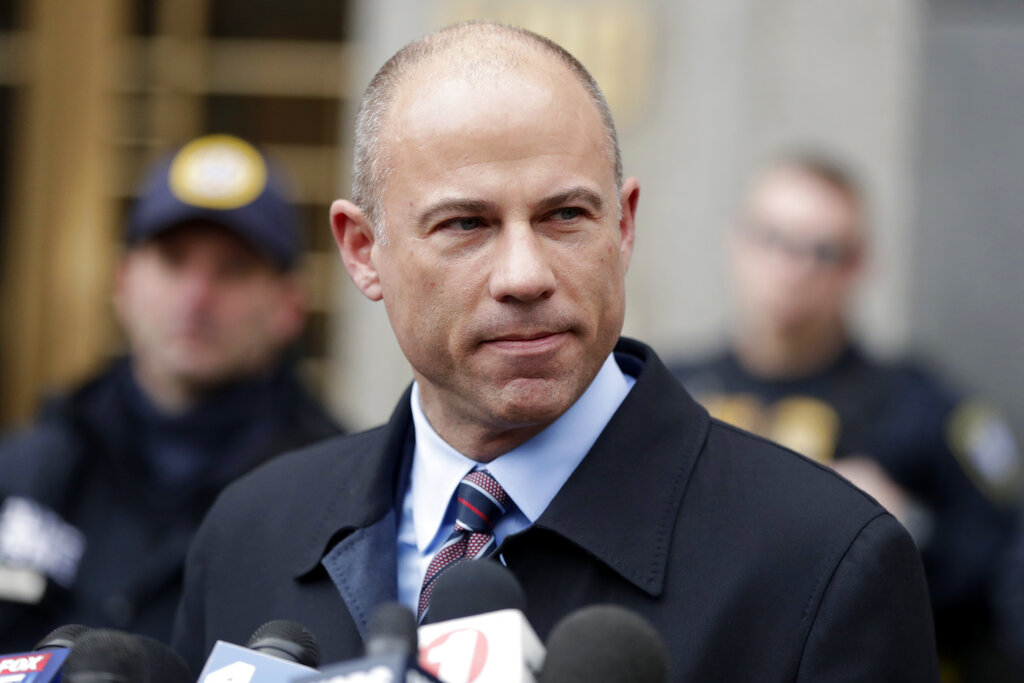 John C. Fry, an investigative analyst for the IRS, acknowledged releasing information to attorney Michael Avenatti, according to the affidavit by Linda Cieslak, a special agent with the US Department of Treasury.

Avenatti represents adult film actress Stormy Daniels, who says she had an affair with Trump that he denies.

Fry was charged on Feb. 4 with unlawful disclosure of suspicious activity reports. Banks must file such reports when transactions are spotted that raise questions about possible financial misconduct.

One of the reports that Fry downloaded listed numerous suspicious payments to a bank account affiliated with Cohen, including $500,000 from a company connected to a Russian oligarch who donated money to Trump's inauguration fund, according to the affidavit.

Other payments came from AT&T and pharmaceutical giant Novartis, it said.

Fry is free on $50,000 bond and expected to be arraigned next month. A message left for his attorney Gail Shifman was not immediately returned.

Avenatti used a Twitter account to disclose the banking information in May, the affidavit says. He has refused to say how he got the material.

Asked for comment Thursday by email, Avenatti referred to two of his tweets. In one, he said he did nothing wrong or illegal with the financial information.

Details from the banking report appeared in the Washington Post and New Yorker.

The affidavit includes online messages between Fry and a New Yorker reporter who wrote about motives behind the leak. The magazine said the law enforcement official who released the report had grown concerned after he was unable to find two other reports on Cohen's financial activity and worried the missing data might indicate an effort to cover up payments.

At a hearing in May, US Sen. Chris Coons, a Democrat from Delaware, pressed Treasury Secretary Steve Mnuchin about whether his department would also look into whether there had been any "inappropriate interference" with the documents alleged to be missing.

The affidavit by Cieslak says access to the two reports that concerned Fry was restricted because they were connected to a "sensitive open investigation."

Fry also told investigators the New Yorker reporter contacted him to verify information, according to the affidavit.