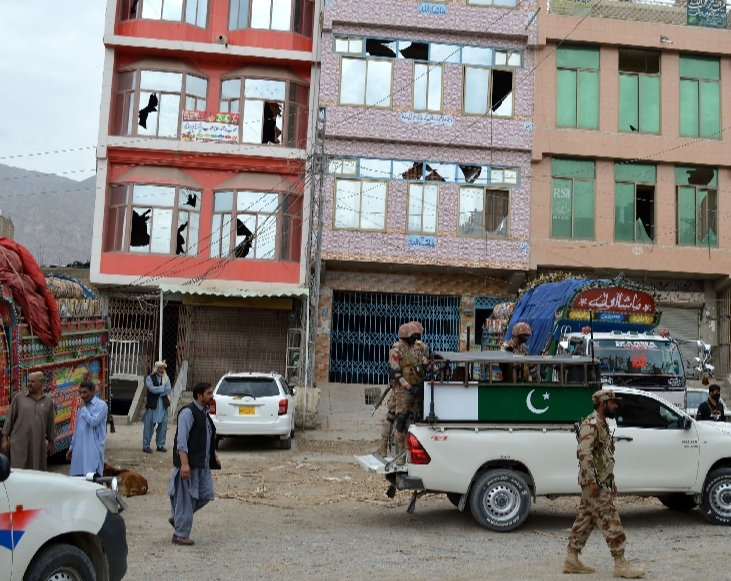 The militant Islamic State (IS) on Saturday claimed the attack on a vegetable and fruit market in Quetta in Pakistan's southwest Balochistan province, which left 20 people dead and 48 others injured.

The militant group said in a statement that one of its members carried out the suicide attack, killing and injuring at least 70 Shiite community members and Pakistani troops.

There was no official confirmation from the Pakistani side yet.

Provincial Home Minister Mir Zia Ullah Langau told local media that at least 20 people, including a soldier of paramilitary troops Frontier Corps (FC) and two children, were killed while 48 others, including four FC personnel, got injured in Friday's attack.

Deputy Inspector General of Quetta Police Abdul Razzaq Cheema said the blast targeted the Hazara community of minority Shiite Muslims, and at least eight people from Hazara community were among the killed.

Shortly after the attack, the Hazara community members including women and children staged a sit-in which continued on Saturday, demanding better security measures from the government.

The protesters demand that the government implement an effective security plan and ensure protection of the community.

The Senate Standing Committee on Interior also sought a report from the Interior Ministry on the action taken so far against terrorists and banned outfits involved in Hazara killings. The committee voiced serious concern over the Quetta blast and continued killings of members of the Hazara community.