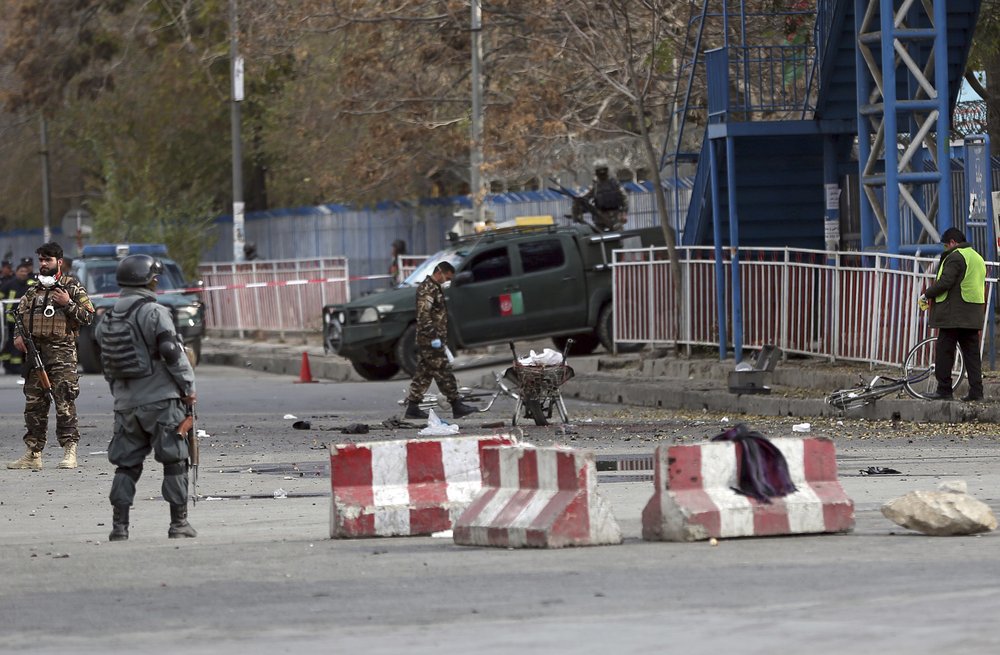 Security forces inspect the site of a deadly blast near a demonstration by hundreds of minority Shiites, in the center of Kabul, Afghanistan, Monday, Nov. 12, 2018. (Photo: AP)

The Islamic State group claimed a suicide attack that killed six people in Kabul on Monday and wounded 20 others, its propaganda agency Amaq said.

"A suicide attacker wearing an explosives belt hits a gathering of Shiites near the presidential palace... in Kabul," Amaq said.

Afghan interior ministry spokesman Najib Danish said at least six people were killed in the blast, which struck in front of a high school in the downtown area of the Afghan capital, near the presidential palace.

Initial reports indicated most of the victims were members of the security forces, but Danish said civilians, including several women, had borne the brunt of the carnage.

The attack hit close to where scores of Afghans had been protesting Taliban attacks on the minority Hazara ethnic group, most of whom belong to the Shiite branch of Islam.

"The suicide attacker on foot wanted to target protesters, but he was stopped at a security checkpoint some 200 metres (660 feet) from the site," interior ministry deputy spokesman Nasrat Rahimi said.

IS has claimed most suicide attacks in Kabul in recent months.

On October 31, an IS suicide bomber targeting a bus carrying employees of Afghanistan's biggest prison -- also in Kabul -- killed at least seven people.

That attack came days after a suicide bomber blew himself up near the entrance of Afghanistan's Independent Election Commission in the capital, killing at least one person.