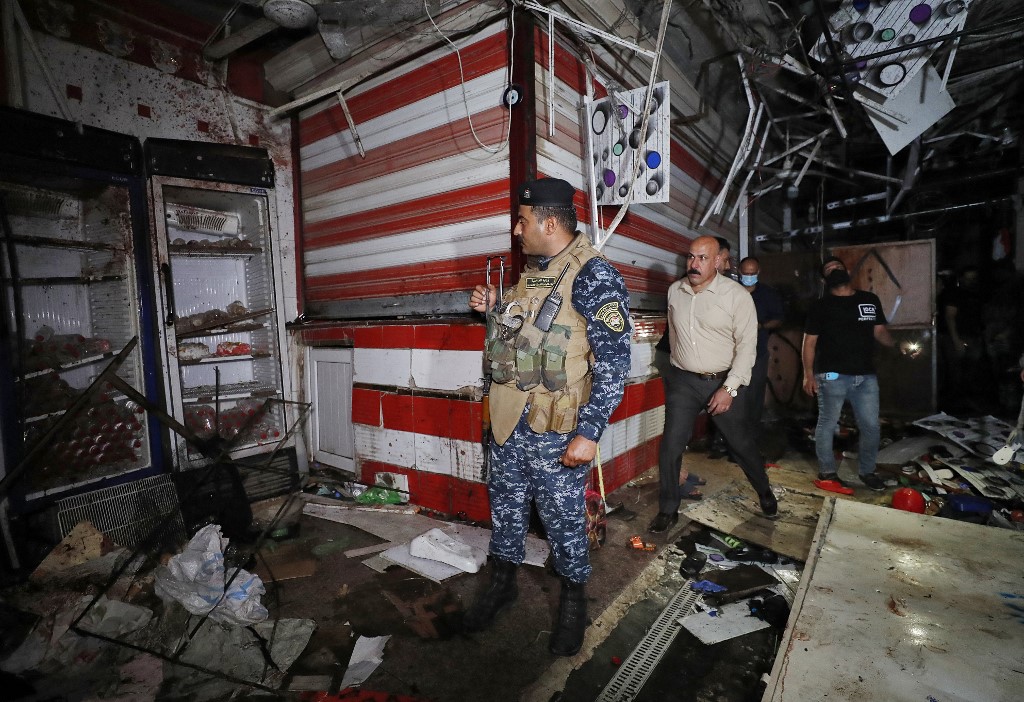 Iraqis inspect the site of the explosion in a popular market in the mostly Shiite neighbourhood of Sadr City, east of Baghdad, on July 19, 2021. (Photo: AFP)

The Islamic State group claimed responsibility early Tuesday for a market bombing that killed at least 30 people and wounded dozens in Iraq's capital Baghdad on the eve of Eid al-Adha holiday celebrations.

In a message posted to its Telegram channel, the militant group said a suicide bomber named Abu Hamza al-Iraqi detonated his explosive belt in Sadr City, an eastern Baghdad suburb, killing more than 30 and wounding 35 others.