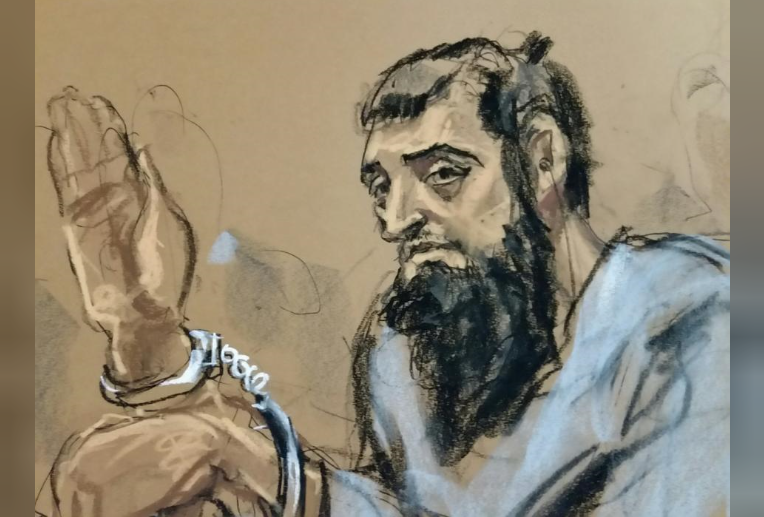 Islamic State has claimed responsibility for a truck attack this week that killed eight people in the deadliest assault on New York City since Sept. 11, 2001.

The militant group on Thursday described accused attacker Sayfullo Saipov, 29, as “one of the caliphate soldiers” in a weekly issue of its Al-Naba newspaper.

The Uzbek immigrant was charged in federal court on Wednesday with acting in support of Islamic State by plowing a rented pickup truck down a popular riverside bike trail, crushing pedestrians and cyclists and injuring a dozen people in addition to those killed.

According to the criminal complaint against him, Saipov told investigators he was inspired by watching Islamic State propaganda videos on his cellphone, felt good about what he had done, and asked for permission to display the group’s flag in his hospital room in New York.

Saipov was taken to Bellevue after being shot in the abdomen by a police officer before his arrest.

U.S. President Donald Trump, who has called for Saipov to receive the death penalty, said on Twitter on Friday that Islamic State had claimed as their soldier the “Degenerate Animal” who killed and wounded “the wonderful people on the West Side” of Lower Manhattan.

“Based on that, the Military has hit ISIS ”much harder“ over the last two days. They will pay a big price for every attack on us!” Trump tweeted.

In the Middle East the Islamic State’s self-proclaimed caliphate looked to be on the verge of defeat on Friday, with Syrian government forces seizing its last major city on one side of the border and Iraqi troops taking its last big town on the other.

The group’s leader, Abu Bakr al-Baghdadi, is believed to be hiding in the desert near the frontier, and regional officials fear it will reconstitute itself as a guerrilla force, capable of waging attacks without territory to defend.

Saipov’s sister believes he may have been brainwashed, and she appealed to Trump on Friday to ensure he gets a fair trial.

Speaking by phone from the Uzbek capital Tashkent, she told Reuters she hoped Trump would help make sure her brother was given “more time” and “a fair trial.”

In a separate interview with Radio Free Europe, she said she spoke with her brother the day before the attack and he was in a good mood. “It was a usual, good conversation,” she said.