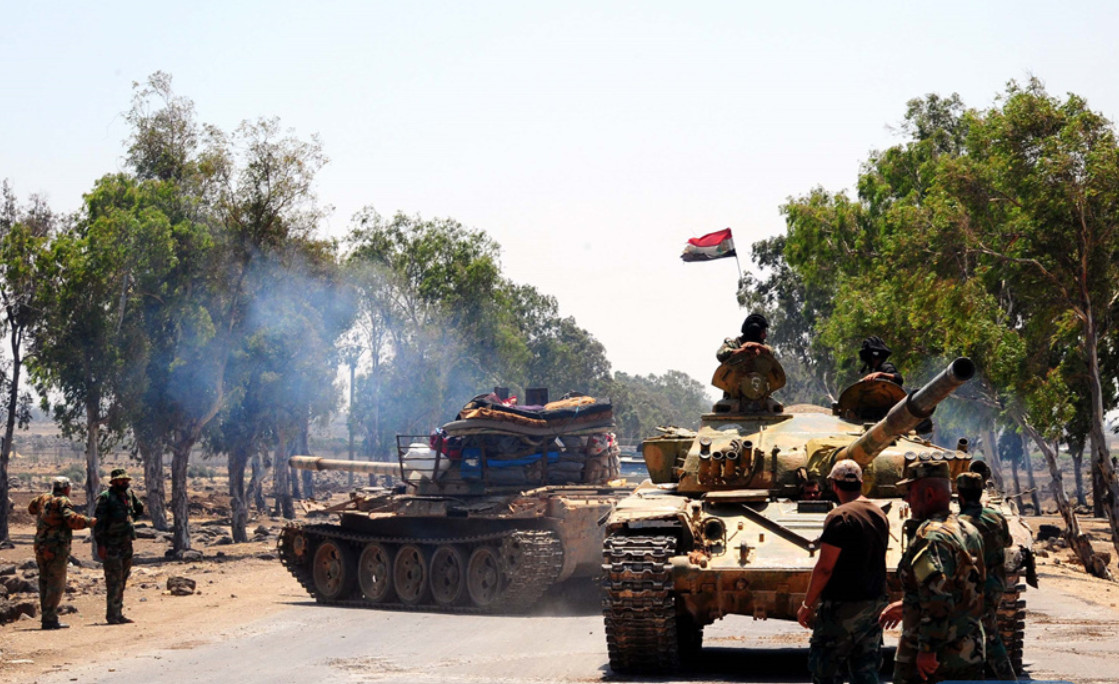 Photo taken on July 22, 2018 from the strategic Tal Al-Jabiyeh hill shows Syrian tanks moving toward the Tal Al-Jumou hill that is under the Islamic State (IS) control in the southern province of Daraa, Syria. (Photo: Xinhua)

MOSCOW, Sept. 3 (Xinhua) -- The Islamic State (IS) terrorist group is seeking alternative sources of finance after its revenues from the sale of oil and collection of taxes from the population in Syria and Iraq shrunk drastically, a senior Russian security official said Monday.

Compared to financial receipts estimated at about 3 billion U.S. dollars in 2014, now the IS only gets $200-300 million a year, according to Sergey Beseda, head of the intelligence information and international relations service at the Russian Federal Security Service (FSB).

"There is a tendency to invest previously earned funds in legal business in order to facilitate the regular receipt of finance for further activities," RIA Novosti news agency quoted Beseda as saying at an international conference on countering illegal arms supplies in light of combating international terrorism.

He added that after suffering losses in Syria and Iraq, the IS moved part of its militants to Afghanistan.

The FSB forecast that the IS is likely to take over "certain drug trafficking channels" in order to improve its financial situation, TASS news agency quoted Beseda as saying at the conference.

Such a development could become a new global problem and force the international community to seek new methods of fighting terrorism, said Sergei Kozhetev, first deputy head of the Special Purpose Center of the Russian Foreign Intelligence Service.

The IS is training and redeploying sabotage and terrorist groups to Europe, Central and Southeast Asia, as well as Russia, Shanghai Cooperation Organization (SCO) Regional Anti-Terrorist Structure executive committee deputy head Dzhumakhon Giyesov told the conference, according to RIA Novosti.