WORLD IS top leader appears in first video since 2014

IS top leader appears in first video since 2014 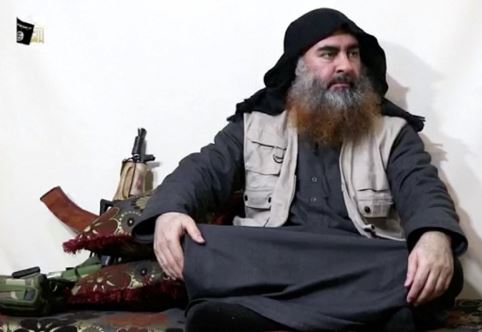 BAGHDAD, April 30 (Xinhua) -- The top leader of the Islamic State (IS) extremist group made his first appearance since 2014, in which he recognized the defeat of his militants in the Syrian town of al-Baghouz and hailed the recent bombings in Sri Lanka.

In an 18-minute video posted online on Monday by IS media, Abu Bakr al-Baghdadi vowed to continue the fight despite the loss of his group's self-claimed caliphate in Iraq and Syria.

"The battle of Islam and its people with the Crusader and his people is a long battle," he said.

"The battle of al-Baghouz is over. But it did show the savagery, brutality and ill intentions of the Crusaders toward the Muslim community," al-Baghdadi added.

In a reference to the Easter bombings in Sri Lanka, al-Baghdadi said the Sri Lanka attacks were carried out in retaliation for the loss of Baghouz.

On April 21, multiple explosions hit churches and hotels in Sri Lanka, killing more than 300 and wounding some 500 others.

The video also included a message to IS militants, saying "our battle today is a battle of attrition with the enemy, as Jihad continues until doomsday."