The 3rd Shanghai Isaac Stern International Violin Competition, delayed for a year due to the pandemic, announced the six finalists on Sunday.

The finalists will compete in person in Shanghai next year in accordance with national pandemic prevention and control guidelines. Those who did not make it into the finals will also have an opportunity for an online consulting session with a jury member of their choice. 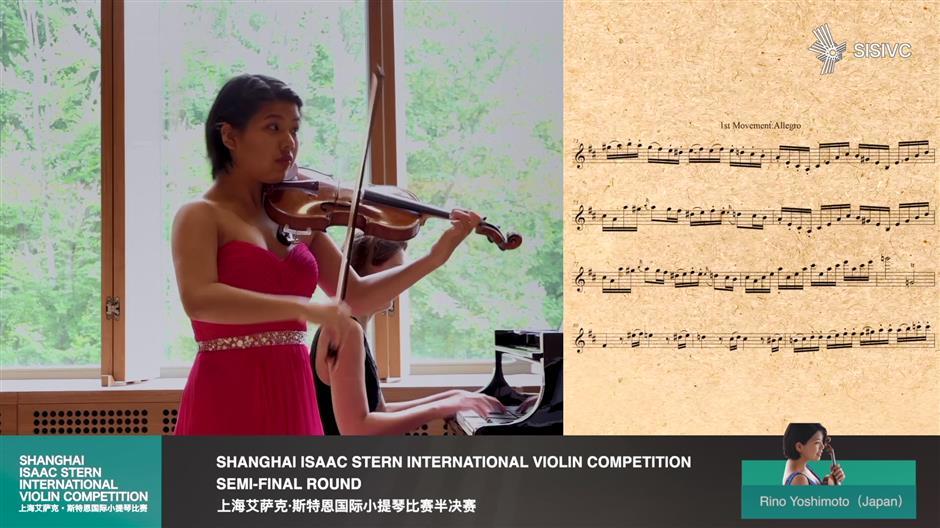 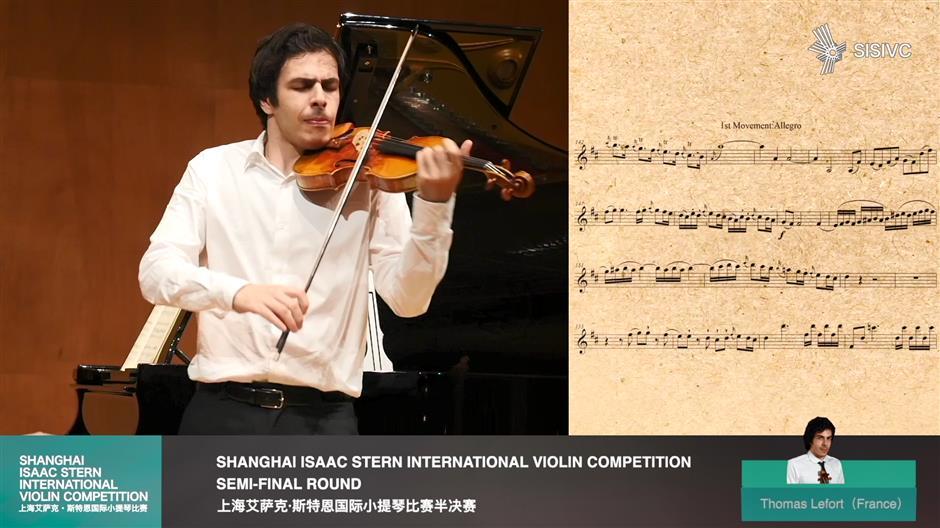 "Every competitor overcame a lot of difficulties this time," said Zhou Ping, executive director of the organizing committee and director of the Shanghai Symphony Orchestra.

"They needed to find an accompanying pianist, recording studio and recording engineer, all amidst a global pandemic. Within a short period of time, they also needed to record their submissions for the online competition. Their efforts have not gone wasted. It sent a strong message to the world on the power of music."

The quarter-finals and semi-finals, a total of around 50 hours, had over 3.5 million views on various online channels around the world. 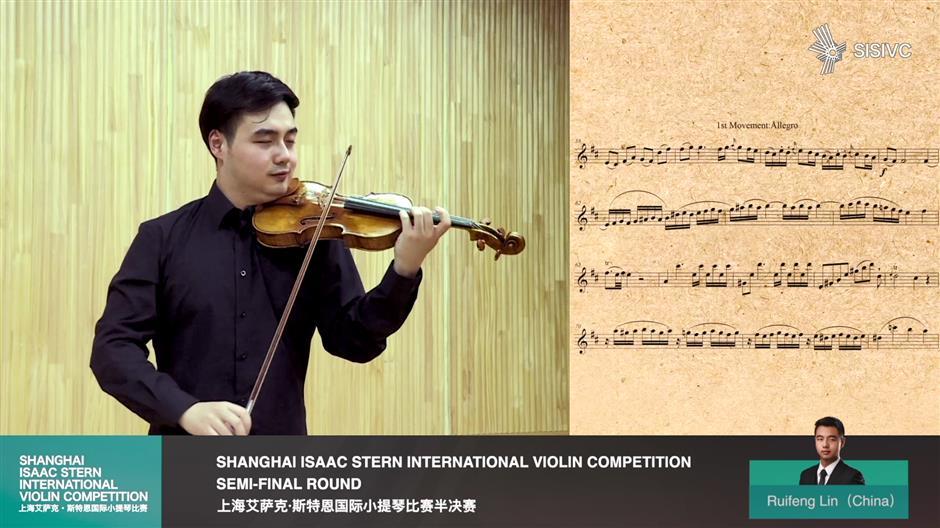 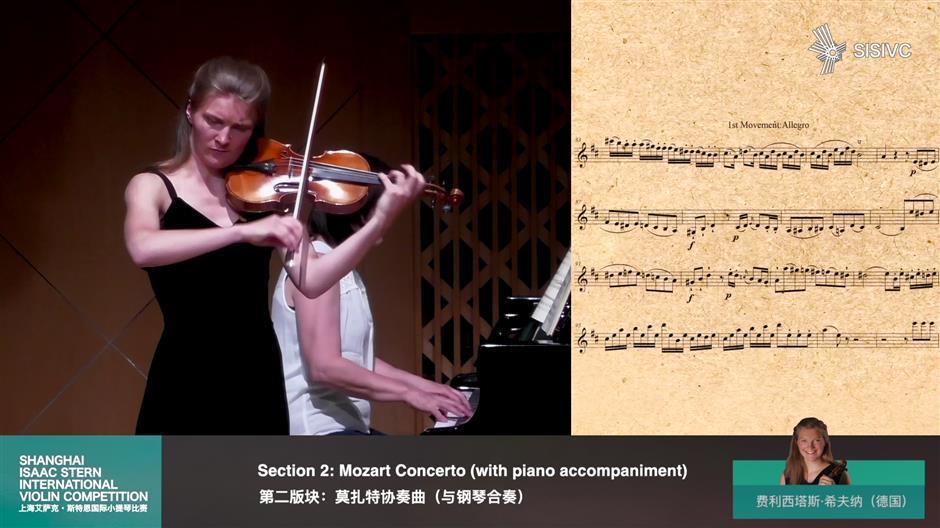 The organizing committee also took advantage of the high-profile competition to host a series of public service cultural projects in Shanghai.

A pre-competition seminar was held two weeks before the quarter-finals started, hosted by music critic Li Yanhuan. To help audiences better appreciate the competition, Li introduced its background, the profile and highlights of Isaac Stern, some of his best recordings, and previewed highlights of the competition.

Violinist Stern was among the first major international musicians to visit China in 1979, which led to the Oscar-winning documentary "From Mao to Mozart" by Murray Lerner.

It is also the first time that the competition initiated an in-residence young journalist program which offered interview opportunities with jury members and contestants for 12 teenagers.

"With such projects, we spent a large amount of time and effort to help audiences better understand how to appreciate the competition, what is considered a good performance, what are the specialties of each contestant and what to look for when they perform the different pieces," Zhou explained.

"High-quality international competition like this is the window of a city and can help further develop its cultural life, with a more diversified artistic experience."