Multiple unconfirmed reports said Abu Bakr al-Baghdadi, ISIL's elusive supremo, has been killed in a special operations raid carried out by the U.S. military in Syria. 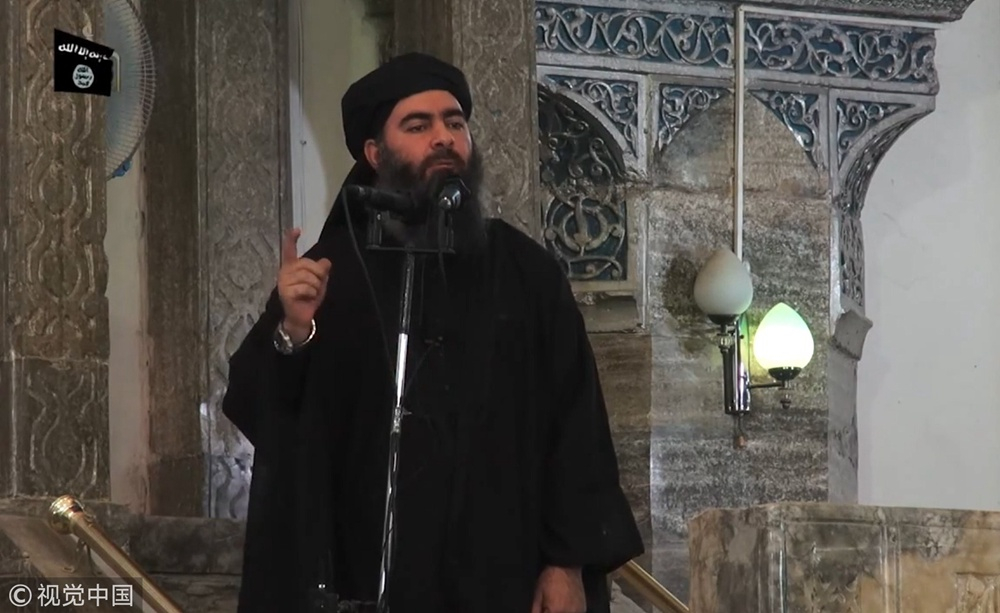 ISIL Chief Abu Bakr al-Baghdadi addresses Muslim worshipers at a mosque in the Iraqi city of Mosul in this still from a video released on July 5, 2014. (Photo: VCG)

The emerging report came after the White House said U.S. President Donald Trump is about to deliver a "major statement" on Monday morning.

U.S. media reports citing military sources said Baghdadi was a target of a top-secret operation in Syria's northwestern Idlib Province, and he was killed in the raid.

Reuters citing a U.S. official later confirmed an operation had been launched against Baghdadi but said it's unclear if it has been successful.

Baghdadi has been the subject of an international manhunt for years.

Trump himself also tweeted Saturday night that "something very big has just happened!"

Neither his tweet nor the White House announcement gave any clues about the content of the upcoming statement.