Morocco's long-ruling Islamists have suffered a crushing defeat to liberal parties seen as close to the palace in parliamentary elections, according to provisional results announced early Thursday. 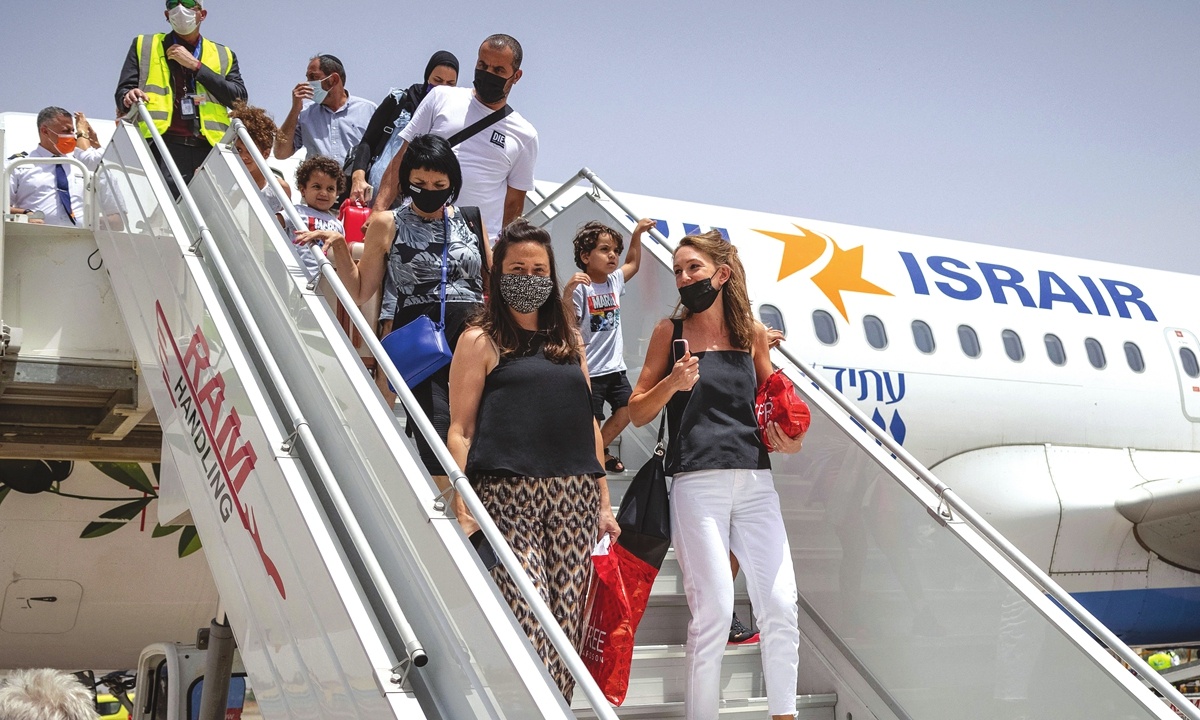 Israeli tourists arrive at the Marrakech-Menara International Airport on the first direct commercial flight between Israel and Morocco on Sunday. Morocco and Israel signed agreements on direct flights in December 2020. (Photo: VCG)

The Justice and Development Party (PJD) which headed the ruling coalition for a decade saw its support collapse from 125 seats in the outgoing assembly to just 12, Interior Minister Abdelouafi Laftit said during a press briefing following Wednesday's polls.

It was far behind its main liberal rivals, the National Rally of Independents (RNI) and the Authenticity and Modernity Party (PAM), with 97 and 82, respectively, and the center-right Istiqlal Party with 78 seats in the 395-seat assembly.

The RNI, which was a junior member of the governing coalition, is headed by billionaire businessman Aziz Akhannouch, described as close to the palace.

And the main opposition PAM was founded by the current royal adviser, Fouad Ali El Himma, in 2008. The Istiqlal (Independence) party is the oldest party in Morocco.

King Mohammed VI will name a prime minister from the party that won the parliamentary poll to govern the nation of 36 million for the next five years, succeeding Saad-Eddine El Othmani.

The final results should be known on Thursday.

Turnout was 50.35 percent, according to the interior minister, higher than the 43 percent turnout at the previous legislative polls in 2016, but lower than the 53 percent during the 2015 local elections.

But this was the first time that Morocco's 18 million voters chose their deputies and municipal and regional representatives on the same day.

On Wednesday evening, the Islamists had raised allegations of "serious irregularities," including "obscene cash handouts" near polling stations and "confusion" on some electoral rolls, with some voters finding they were not listed.

However, the interior minister said voting took place "under normal circumstances" apart from some isolated incidents. In 2011, Morocco adopted a new constitution devolving many of the monarch's powers to parliament and the government.