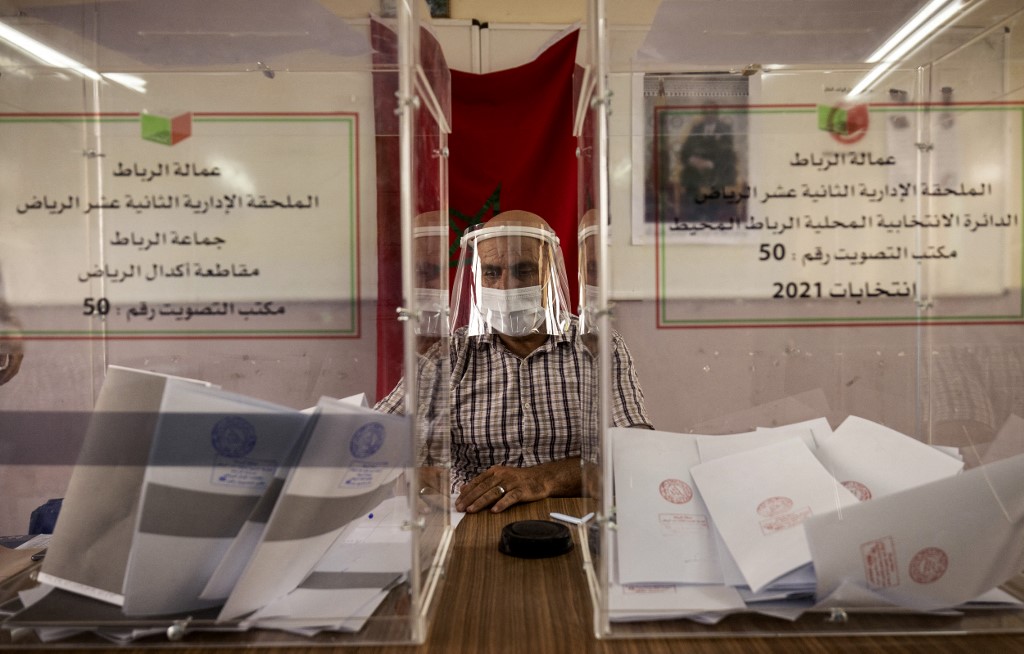 A Moroccan man casts his ballot on September 8, 2021 in Rabat as Moroccans vote in parliamentary and local elections. (Photo: AFP)

Morocco's long-ruling Islamists have suffered a crushing defeat to liberal parties in parliamentary elections, according to provisional results announced early Thursday by the interior minister.

The Justice and Development Party (PJD) saw its support collapse from 125 seats to just 12, far behind its main liberal rivals, the National Rally of Independents and the Authenticity and Modernity Party (PAM), and the centre-right Istiqlal Party.