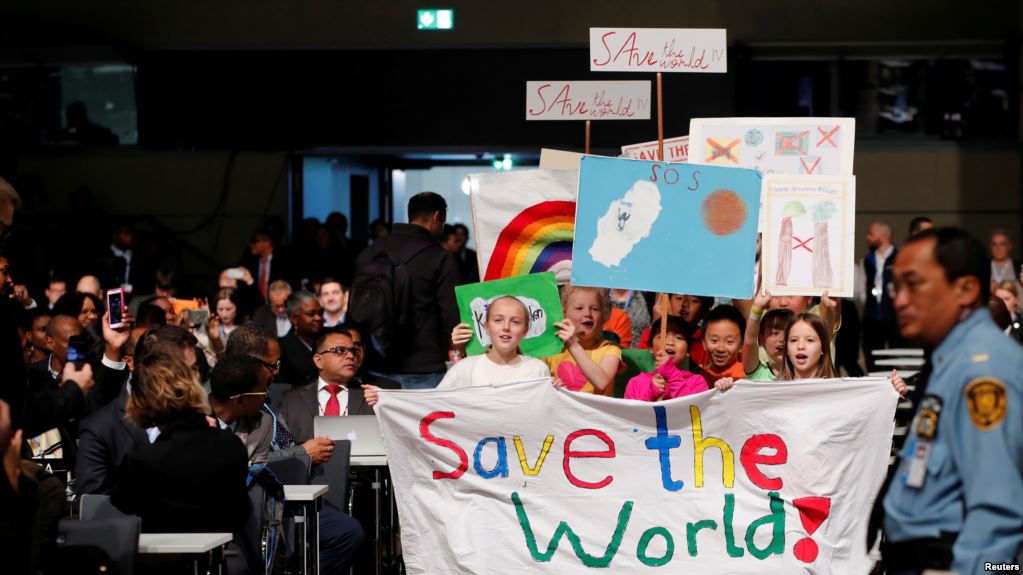 With UN climate talks underway in Bonn, Philippine typhoon survivors demanded climate action on Wednesday to commemorate the fourth anniversary of super typhoon Haiyan, the most devastating storm to ever make landfall in the Philippines. Packing 300km/h winds and a 7.5m storm surge, Typhoon Haiyan killed 6,329 people and displaced millions of others.

"This year's spate of extreme weather events are a clear sign to governments and corporations that they must step up action on climate change,” said Yeb Saño, executive director of Greenpeace Southeast Asia from Eastern Visayas, the most typhoon-ravaged region. “Fossil fuels must stay in the ground. Government delegations meeting in Bonn must stand up and propel climate action forward or be held accountable for their inaction.”

As part of the Haiyan commemoration, more than 500 students and local community members sent a strong visual message to Bonn, calling for climate justice in a world where those least responsible for climate change suffer the worst consequences. Commemoration activities also include art exhibits and storytelling, culminating in a memorial walk and candlelight vigil on Wednesday to mark the anniversary.

Officials said island nations are the first victims of climate change. Hurricanes that hit the Caribbean this year were like nothing seen before, with Hurricane Irma so strong that it was picked up by seismic machines and even “earthquake tremors” were detected. 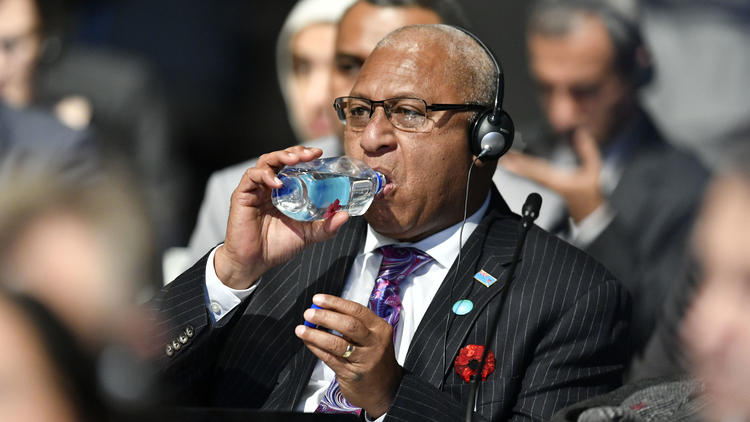 Fiji, the first small island developing country to hold the presidency of the COP meeting, made an urgent call for action against climate change. "The human suffering caused by intensifying hurricanes, wildfires, droughts, floods and threats to food security caused by climate change mean there is no time to waste,” Fiji Prime Minister Frank Bainimarama said. “We must preserve the global consensus for decisive action enshrined in the Paris Agreement and aim for the most ambitious part of that target - to limit the global average temperature rise to 1.5 C above that of the pre-industrial age.”

At a press conference of the Chinese delegation in Bonn, Lu Xinming, a negotiator from the National Development and Reform Commission, said the Bonn meeting comes at a crucial time both for defining implementation guidelines of the Paris Agreement and also for battling climate change across the globe.

Lu noted that China had submitted five proposals to the meeting on implementing the Paris Agreement, which have demonstrated the country's “proactive attitude in participating in and guiding the global climate negotiations.” An emphasis on flexibility for developing countries, as mentioned in the Paris Agreement, was also featured in China's proposals, Lu added.