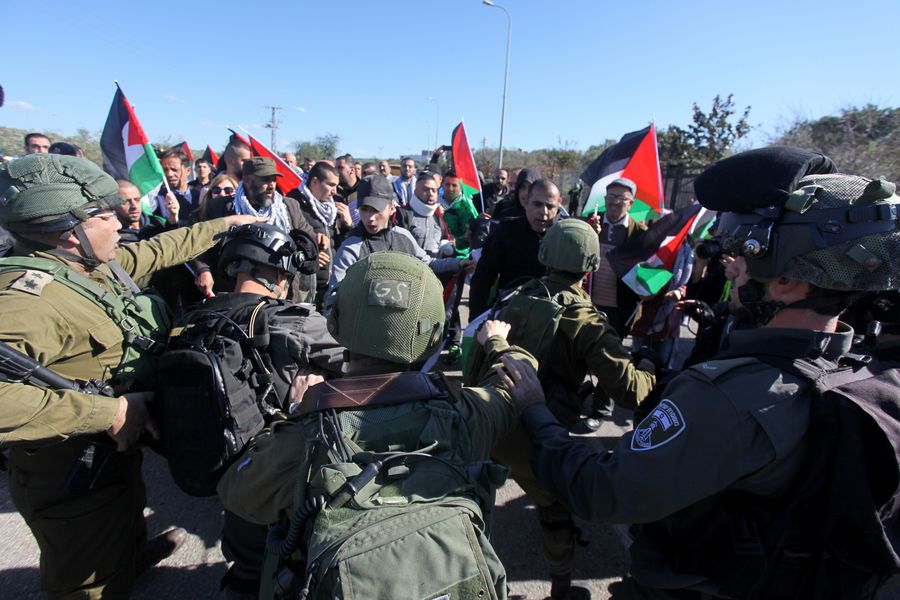 Palestinian protesters clash with Israeli soldiers during a protest against the expanding of Jewish settlements, in the West Bank city of Qalqilya, on Jan. 6, 2020. (Photo: Xinhua)

Israeli Prime Minister Benjamin Netanyahu's media adviser announced the move in a statement, saying the plans include about 100 housing units in Tal Menashe, a settlement in which an Israeli woman was killed in an alleged Palestinian attack in December 2020.

Netanyahu also directed the Higher Planning Committee, a regulatory body that oversees Israeli construction in the West Bank, to advance the approval of housing units in several other settlements in the West Bank and East Jerusalem.

The controversial move comes before U.S. President Donald Trump, who has been very supportive of the expansion of the settlements, leaves the White House.