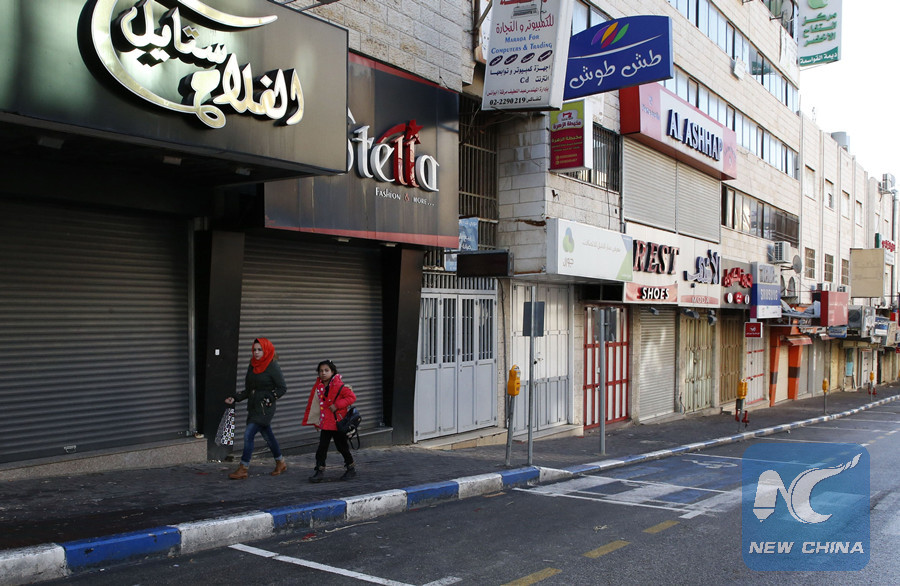 Palestinians walk past closed shops in the West Bank city of Hebron as a general strike was called following US President Donald Trump's decision to recognise Jerusalem as the capital of Israel, on December 7, 2017. Photo: AFP

Head of Hebron Chamber of Commerce Mohammad Hirbawi said in a press statement that this step comes after years of endeavor through the Chamber and the Palestinian National Authority (PNA) Civil Affairs Commission in order to revive industries in Hebron.

Horbawi explained that the transfer of the chemicals will be through a designated Palestinian company, with special arrangements and that the import will be limited to Hebron city only, but the quantities are yet unknown.

The allowed chemicals include hydrogen peroxide that is used to hygiene packages of dairy products and Nitric Acid that is used in jewelry and dairy.

"Importing those chemicals can lead to lifting the ban on several needed substances and equipment, not just for industrial sector, but also agriculture and other sectors," said Hirbawi.