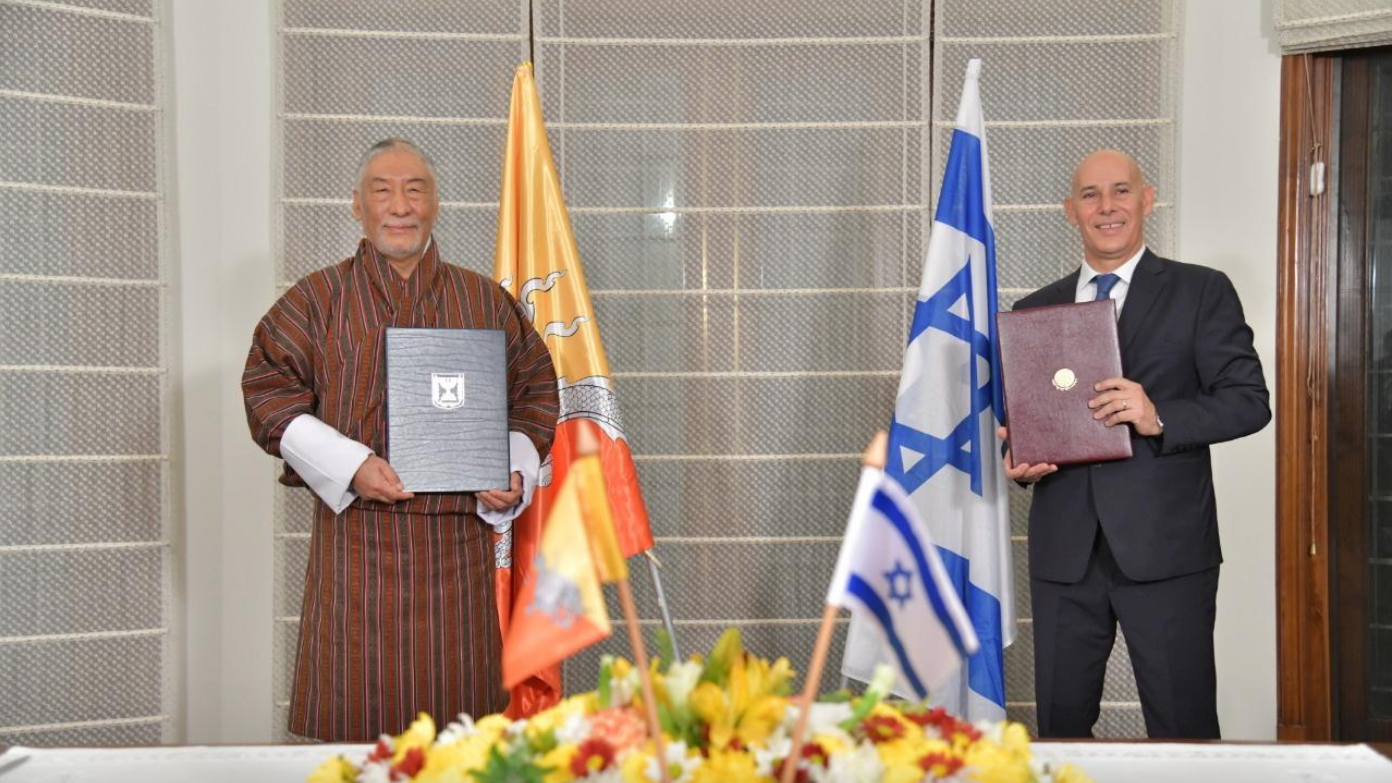 The Israeli and Bhutanese ambassadors to India pose for a picture during the signing ceremony for establishing diplomatic relations between Israel and Bhutan, at the Israeli embassy in New Delhi, India, December 12, 2020. (Photo: Reuters)

Israel established relations on Saturday with Bhutan, a majority-Buddhist nation neighbouring India, as it looks to continue to expand its diplomatic links internationally.

Israel's accord with the Himalayan country did not appear to be related to its budding ties under U.S.-sponsored accords with Arab and Muslim countries, though Israeli officials sought to portray it as evidence of its growing acceptance abroad.

The agreement follows several years of secret contacts between Israel and Bhutan with the aim of establishing relations, Israel's foreign ministry said in a statement.

"Israel's circle of recognition is growing and expanding," Israeli Foreign Minister Gabi Ashkenazi said. "The establishment of relations between us and the Kingdom of Bhutan will serve as another milestone in deepening Israel's ties in Asia."

A signing ceremony was held between the Israeli and Bhutanese ambassadors to India on Saturday at the Israeli embassy in New Delhi, said a joint press release posted on the Bhutanese foreign ministry's website.

"The establishment of diplomatic relations [will] create new avenues for cooperation between the two countries in water management, technology, human resource development, agricultural sciences and other areas of mutual benefit," it said.

Israeli Prime Minister Benjamin Netanyahu welcomed the agreement, adding there had been contacts with other countries which wanted to establish relations.

Israel and Morocco on Thursday agreed to normalize ties in a deal brokered with U.S. help, making it the fourth Arab country after the United Arab Emirates, Bahrain and Sudan to set aside hostilities with Israel in the past four months.