JERUSALEM, Feb. 28 (Xinhua) -- Israel's government approved on Sunday a plan to vaccinate the Palestinians from the West Bank who work in Israel or the settlements against COVID-19, Israeli officials said. 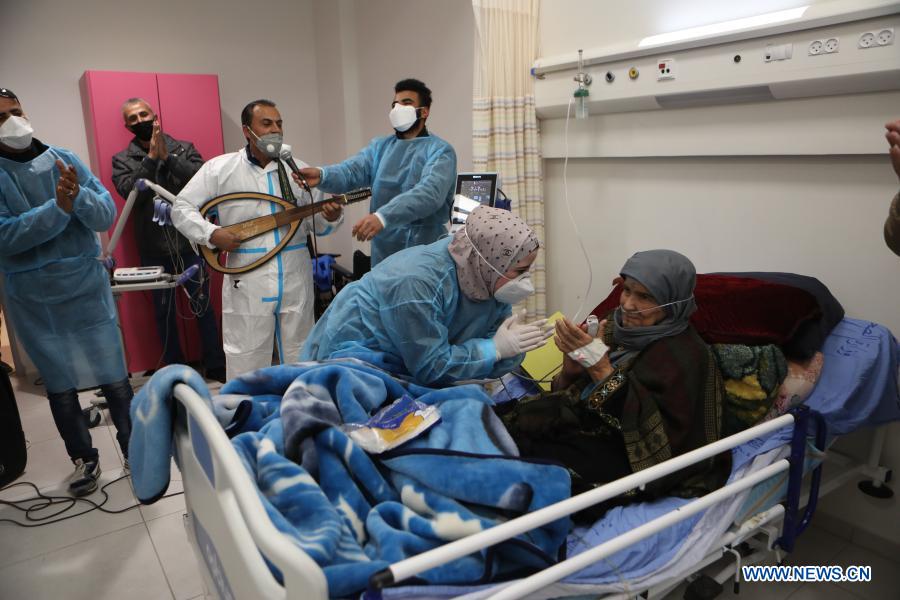 A Palestinian singer performs for a COVID-19 patient at a hospital in the West Bank city of Hebron, on Feb. 24, 2021. Palestine has been facing a new wave of COVID-19 pandemic following a sharp increase of infections in the West Bank, according to a minister on Wednesday. (Photo by Mamoun Wazwaz/Xinhua)

The government approved "a vaccination rollout for Palestinian workers who hold a working permit," the office of a defense ministry's unit said in a statement.

"The goal is to protect public health and the functioning of the economy," the statement read.

As part of the rollout, Israeli forces will open several vaccination centers in checkpoints throughout the West Bank, a territory captured by Israel in a 1967 war. Additional centers will be opened in industrial zones of Israeli settlements.

"Israeli health teams will vaccinate the workers using Moderna vaccines," according to the statement.

The move comes after international criticism over Israel's reluctance to share some of its vaccines with the Palestinians or allow vaccine shipments to the West Bank and Gaza Strip.