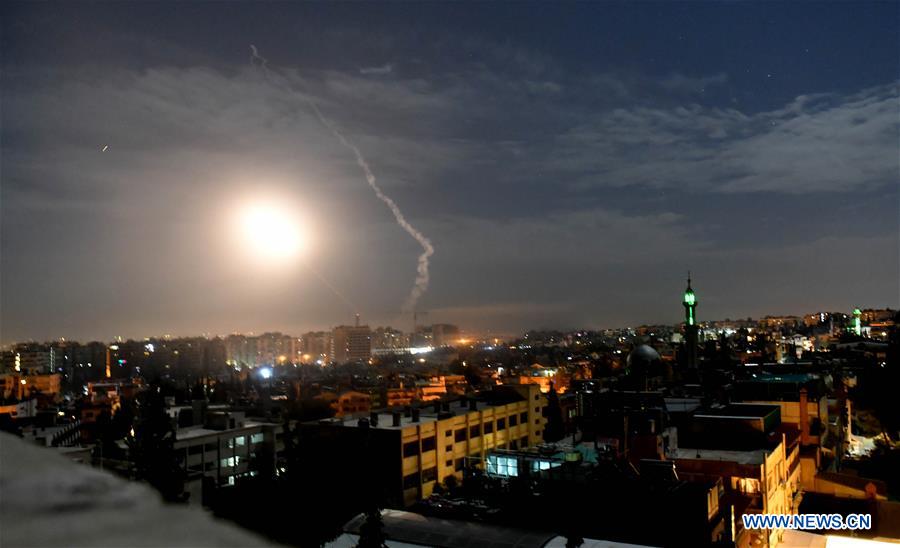 Syria's air defense missile, responding to a missile strike, is seen in the sky over Damascus, capital of Syria, on Jan.21, 2019. The Syrian air defenses responded to heavy Israeli strikes early Monday, destroying most of the missiles before they reached their targets, the Syrian state TV reported. (Xinhua/Ammar Safarjalani)

Citing a military source, the Israeli attack was launched from the Israeli-occupied Golan Heights, said the report. It added that the Syrian air defenses responded to the attack, destroying most of the missiles.

Residents in the capital watched the air defenses' firing while tracing the Israeli targets in the sky amid sound of explosions.

The Sunday attack comes a couple of days after the United States struck positions of pro-Iran fighters in eastern Syria, killing 22.