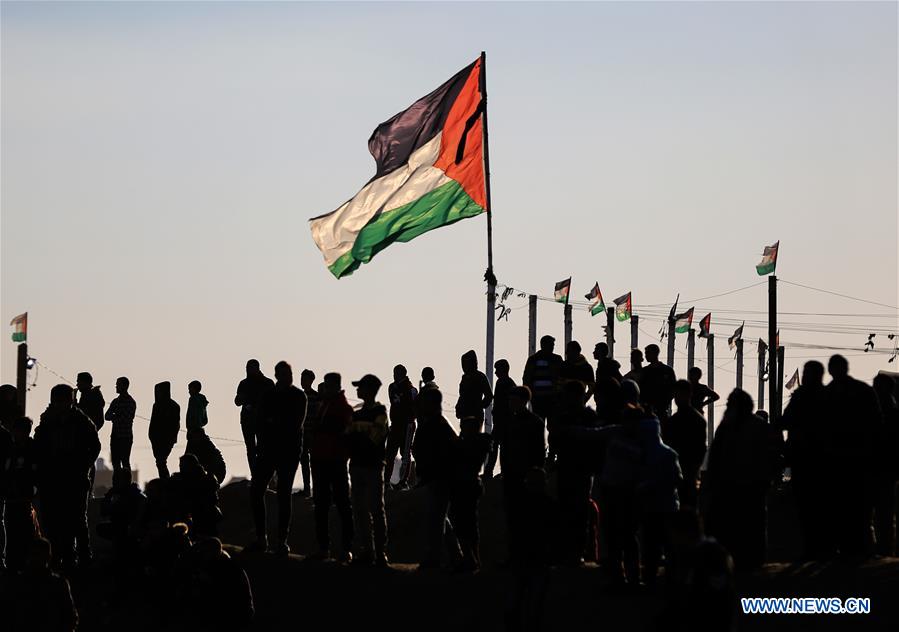 JERUSALEM, Feb. 6 (Xinhua) -- Israel was boosting its forces in the occupied West Bank on Thursday evening, as violence has flared up between Israel and Palestine following Washington's controversial Mideast peace plan.

A military spokesperson said in a statement that "following the ongoing IDF (Israel Defense Forces) situation assessment," the army has started to reinforce its forces in the West Bank with additional combat troops.

Earlier, Israeli security forces announced they have arrested the alleged perpetrator of a car-ramming attack in Jerusalem after a day-long manhunt, whose identity was not immediately disclosed.

In the attack, he allegedly slammed his car at a group of Israeli troops in Jerusalem overnight between Wednesday and Thursday and wounded at least 12 soldiers, including one who sustained serious injuries.

Individual Palestinian attacks continued throughout Thursday, with a man opening fire at Israeli Border Police officers in east Jerusalem's Old City, lightly wounding one of them, before being shot dead.

In a separate incident outside a settlement in the central West Bank, a Palestinian opened fire at a military post, lightly injuring a soldier.

Israeli forces killed at least three Palestinians during clashes, including a Palestinian police officer and a cadet.

The violence broke out about a week after US President Donald Trump unveiled his plan for peace between Israel and the Palestinians. Israel embraced the plan, but Palestine and most of the Arab world have denounced it as unfair and biased.