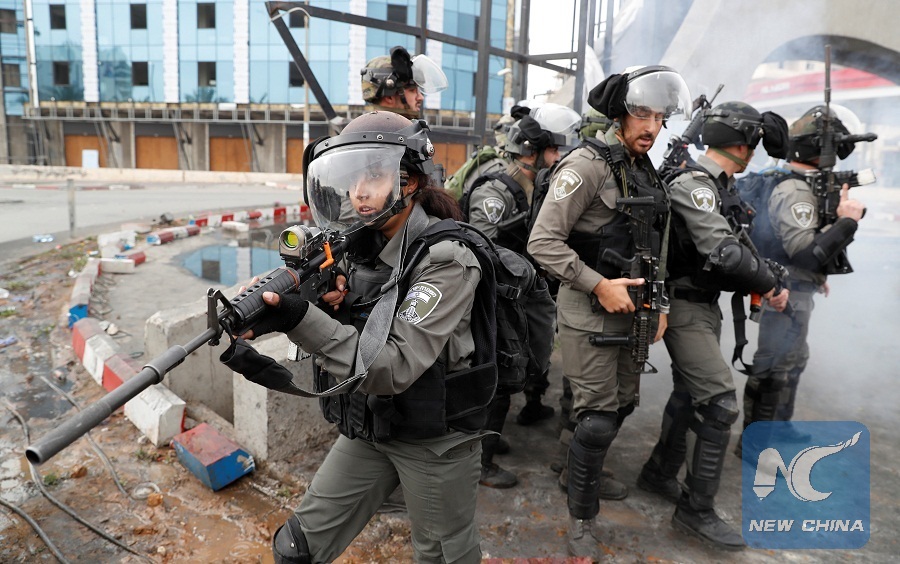 The ringleader, identified as 29-year-old Mohammed Makharmeh, is a computer engineering student from Hebron city, who is suspected of being recruited by a relative living in South Africa and acting on behalf of Iranian intelligence services, said the Shin Bet.

Makharmeh was charged with establishing a cell to carry out shooting attacks against Israelis and recruiting suicide bombers. According to the Shin Bet, he received 8,000 US dollars from Iran for this activity.

The Palestinian youth also recruited an Arab-Israeli citizen to task him with taking pictures inside Israel.

"It was also learned that Makharmeh was asked to work on recruiting residents of Israel, including journalists, in the light of the latter's access to various places in Israel, especially official sites," the statement read.

Israel has long charged that Iran supports Palestinian militant groups, such as Hamas and the Islamic Jihad.

According to the Shin Bet, the incident "underscores Iran's involvement in sponsoring terrorism against Israel and exposes Iran's efforts in various countries in order to promote hostile activity against Israel."

"Iran is using terrorism against Israel not only with the assistance of terrorist movements such as Hamas, Hezbollah, and Islamic Jihad but is also attempting to organize terrorist actions inside Israel and against the citizens of Israel," Netanyahu said in a statement.

On Saturday, Israeli Defense Minister Avigdor Lieberman said three rockets fired by Gaza militants at Israel on the same day were "made by Iran."

Israel is increasingly worried about Iran's mounting presence in its northern neighbor Syria. The Israeli government has moe than once asked Russian President Vladimir Putin and US President Donald Trump to ban Iran from establishing a military foothold in the framework of a possible peace deal in the war-torn country.