Israeli and Chinese researchers have developed a smart medical dressing to heal and monitor wounds without the need for sutures, the Israel Institute of Technology (Technion) said Thursday. 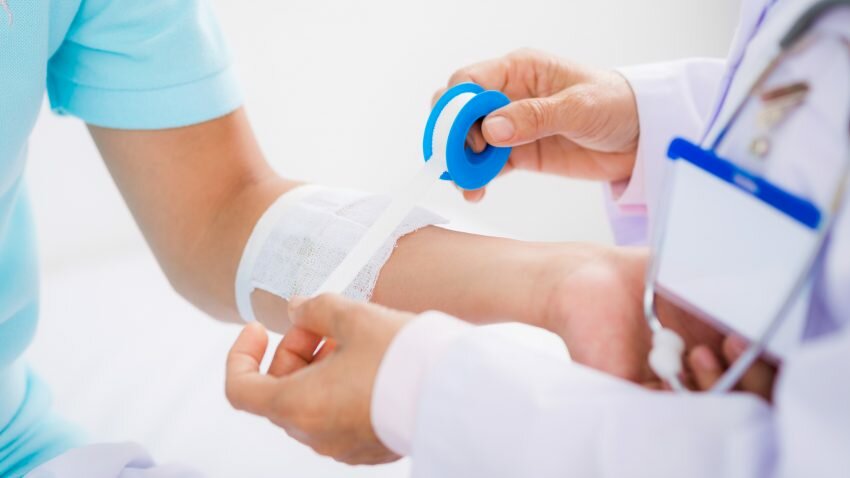 Israeli and Chinese researchers have developed a smart medical dressing to heal and monitor wounds without the need for sutures, the Israel Institute of Technology (Technion) said Thursday. (Photo: VCG)

The dressing, developed in a study published in the journal Advanced Materials, binds the wound together, wards off infection, and reports on the wound's condition directly to the doctors' computers or smartphones, the Technion explained.

The study was led by the Technion and Shanghai Jiao Tong University, in collaboration with Sun Yat-sen University Shenzhen Campus and Xidian University in Xi'an.

The dressing is first applied to the planned incision, and then the incision will be made through it.

Following the surgery, the two ends of the wound are brought together, and within three seconds the dressing binds itself together, holding the wound closed, similarly to sutures.

The dressing then continuously monitors the wound, tracks the healing process, checks for signs of infection like changes in temperature, pH, and glucose levels, and reports to the medical personnel.

The new method is based on a new antibacterial polymer, structured like a molecular zipper, made from sulfur and nitrogen.

In experiments, wounds closed with the smart dressing healed as fast as those closed with sutures and showed reduced rates of infection, the researchers reported.