JERUSALEM, May 10 (Xinhua) -- Israel said Monday that it has shut down the Erez Crossing, the only pedestrian passage between the Gaza Strip and Israel, after Gaza militants fired more rockets towards Israel. 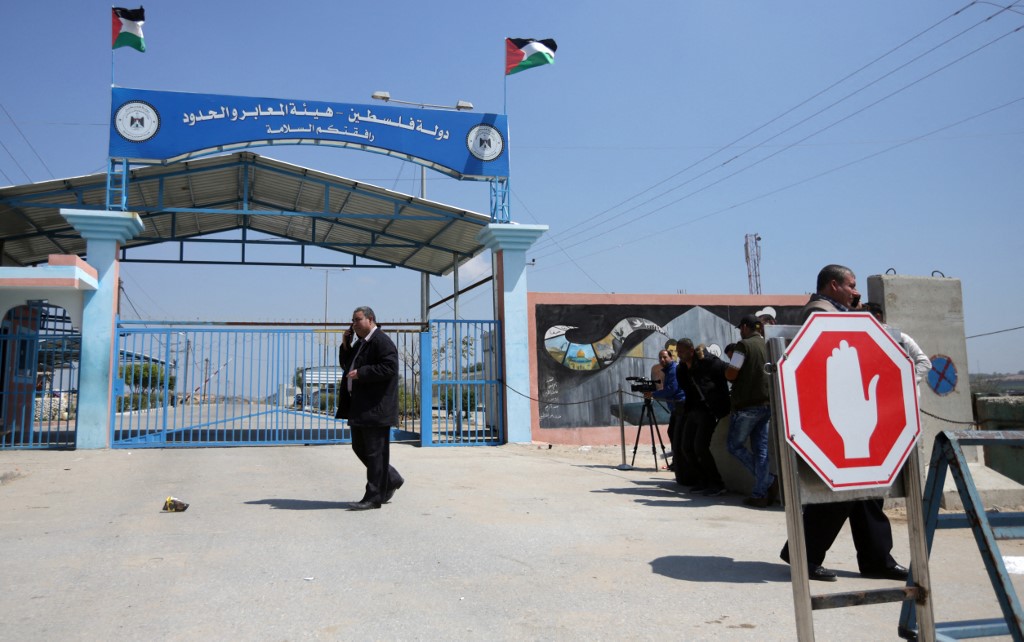 Militants in Gaza fired three rockets towards southern Israel early Monday morning, one of which was intercepted by Israel's anti-rocket Iron Dome system, and it was not immediately clear where the other two fell, according to a military statement.

No damage or injuries were reported.

The projectiles came after an overnight cross-border exchange of attacks. Militants in Gaza fired two rockets, which failed to reach Israeli territory and fell within the Gaza Strip. Israeli tanks struck military posts belonging to Hamas, an Islamist Palestinian movement that runs the coastal Palestinian enclave.

On Monday morning, Israel's Coordinator of the Government Activities in the Territories Ghassan Alian announced in a statement that the Erez Crossing was shut down "until a further notice" and that only "exceptional humanitarian cases" would be allowed to pass.

Alian said that the measure was a response to the rockets and incendiary balloons from Gaza over the past days, which were "a violation of Israeli sovereignty."

The move came a day after Israel closed the fishing zone offshore the besieged Palestinian enclave.

Gaza has been under a crippling Israeli and Egyptian blockade since 2007.

Tensions were soaring between Israel and Palestinians in the Gaza Strip, West Bank, and East Jerusalem. Hundreds of Palestinians have been injured and at least one was killed in clashes with Israeli security forces.

The clashes were sparked by Israeli restrictions during the holy Muslim month of Ramadan and the planned eviction of Palestinians from their homes in East Jerusalem.