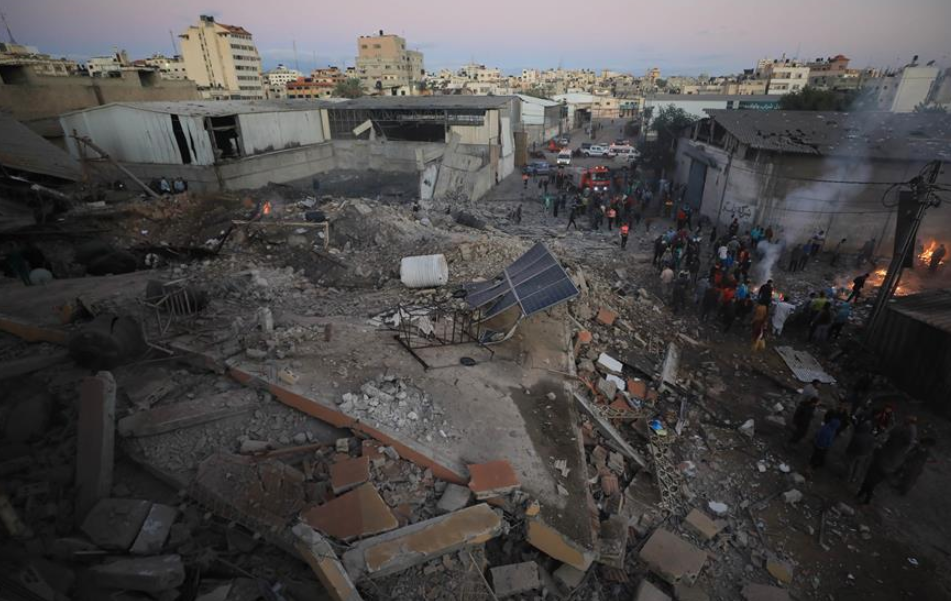 The Israeli army Friday night conducted a large-scale strike on approximately 80 Hamas targets throughout the Gaza Strip, the Israeli army said in a statement Saturday morning.

On Friday night, 30 rockets were fired from the Gaza Strip towards Israel, said the Israel Defense Forces (IDF).

Approximately 10 rockets were intercepted by the IDF's Iron Dome aerial defense system. Two fell within the Gaza Strip and the the rest fell in open areas.

In addition, the IDF said that its fighter jets struck a four-story building serving as the new headquarters of the Hamas' General Security Services in Gaza City's Daraj neighborhood.

The IDF troops called on the building's residents to evacuate before launching the strike, said the Israeli army.

Following the rocket attacks from the Gaza Strip, IDF Chief of Staff Gadi Eisenkot held an emergency meeting on situation assessment Friday overnight with senior officials at the IDF headquarters in Tel Aviv, a coastal city in central Israel.

The rocket fire was conducted in "a terror-filled atmosphere" which was generated by Hamas in the area of the security fence, said the IDF.

"The IDF is prepared for a wide variety of scenarios and is determined to continue defending Israeli civilians," added the Israeli military.

Last week, the Israeli Air Force responded with air strikes against approximately 20 military targets in the Gaza Strip, after a rocket launched from the Strip hit and seriously damaged a house in the southern Israeli city of Be'er Sheva and another rocket landed at sea near Gush Dan, one of Israel's major cities.