Israel was set Sunday to begin its third coronavirus lockdown, as Prime Minister Benjamin Netanyahu voiced optimism that a "world record" vaccination drive will restore a degree of normality within weeks. 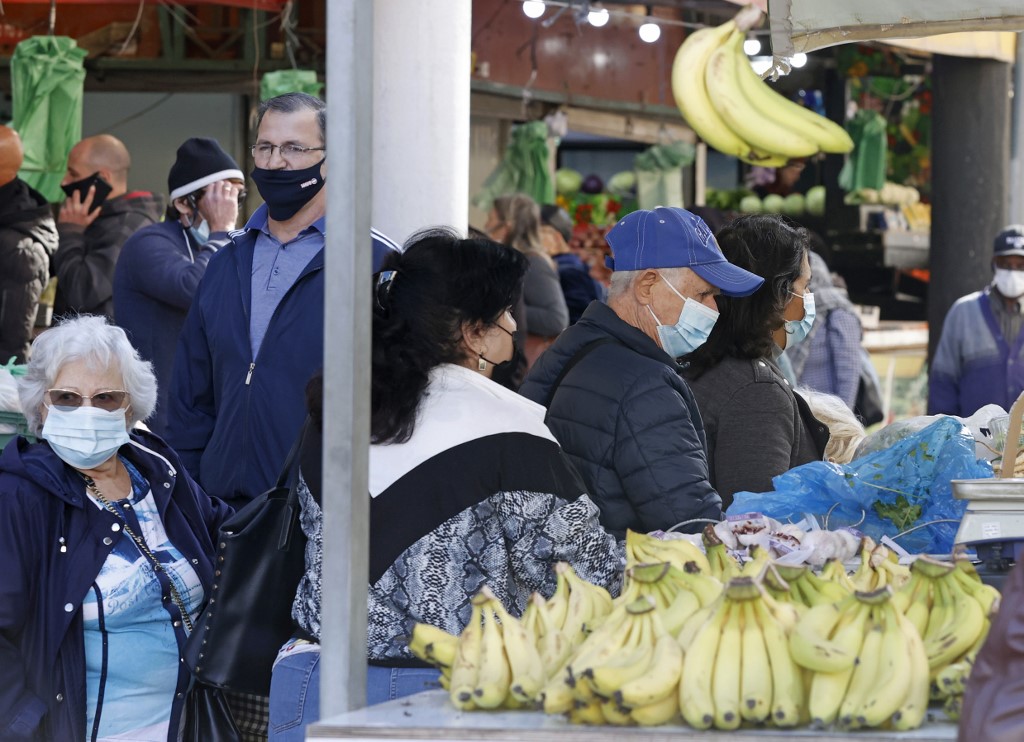 Israelis, wearing protective masks due to the COVID-19 pandemic, shop in the central market of Israel's coastal city of Netanya on December 27, 2020, ahead of a thrid lockdown. (Photo: AFP)

After a sharp rebound in detected infections, Netanyahu's government announced three days ago that it would re-impose the strict measures that had previously helped limit transmission.

There are a range of exceptions, including seeking medical care, attending legal proceedings or exercising.

Instead of near total closures, Israel is keeping schools open for children under six, as well as grades one to four and teenagers finishing secondary school in grades 11 and 12.

Israel's National Council for the Child criticised the decision to close grades five through 10.

"The decision to ignore this age bracket means the abandonment of hundreds of thousands of children, only because in theory they can be left at home alone while (their parents) go to work," NCC head Vered Windman was quoted as saying by the Ma'ariv newspaper.

"But this is precisely the age group that is at a higher risk of developing emotional difficulties, fears and isolation."