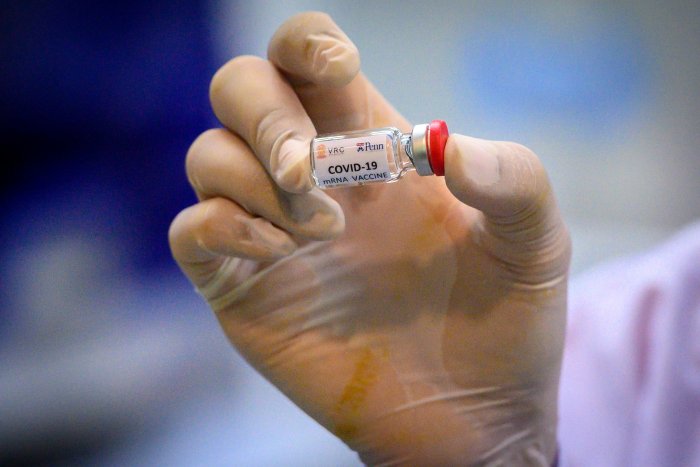 After a sharp resurgence of detected infections, Netanyahu's government announced three days ago that it would re-impose the strict measures that had previously helped limit transmission.

There are a range of exceptions, including grocery shopping, seeking medical care, attending legal proceedings or exercising.

A key difference in Israel's third lockdown compared to previous versions relates to schools, with students able to attend classes.

Instead of near total closures, Israel is keeping schools open but subject to limitations, with most children combining days in class with learning from home.

The alleys of Jerusalem's Mahane Yehuda open-air market, normally relatively dormant on a Sunday, were full of shoppers making last-minute food purchases before the lockdown kicked in.

A vendor in the market's Neeman spice store shrugged when asked whether they would be allowed to operate during the lockdown.

"As far as we're concerned, we're open," he said. "Nobody told us what's happening yet."

Israel meanwhile ploughed ahead with its vaccination campaign, which as of Sunday night, had reached 360,000 people who got their first shot of the required two, according to what health ministry director Hezi Levi told public broadcaster Kan.

"National pride: Israel is the world's champion in vaccinating!" Netanyahu tweeted earlier Sunday, showing a chart indicating the Jewish state had the hightest vaccinations per capita.

Speaking late Saturday, Netanyahu said Israel was hoping to vaccinate a quarter of its population, or roughly 2.25 million people, against coronavirus within a month.

He said he had spoken with the heads of the companies making vaccines who had voiced confidence that the requisite number of doses could be provided.

Israel's vaccination targets are of "such a magnitude (they amount to) a world record" pace, the prime minister said.

Netanyahu was the first Israeli to receive a Covid-19 jab on December 19, ahead of the launch last week of a nationwide innoculation programme.

According to Arnon Afek, director general of Sheba hospital near Tel Aviv, the campaign could not only expedite Israel's exit from the pandemic, but also save lives.

"We believe that we can be the first country in the world to reach herd immunity," said Afek, also the former director general of Israel's health ministry.

"But even after we manage to vaccinate all the people over 60, from where come the majority of severe and deadly cases, we will see a great relief regarding our health care system," he told reporters.

Israel has confirmed more than 400,00 cases of the novel coronavirus, including more than 3,200 deaths.

Netanyahu has political incentives to push an accelerated vaccination campaign.

The fraught coalition government that he formed in May with his former election rival and current defence minister, Benny Gantz, collapsed last week, triggering elections in March -- Israel's fourth vote in two years.

Netanyahu's election campaign could be hindered by the start of a more intensified phase of his long-awaited corruption trial and the departure of his staunch ally US President Donald Trump from the White House.

Political analysts have said that Netanyahu is hoping a rapid vaccination drive will put Israel's pandemic-wracked economy on a path to recovery before election day.