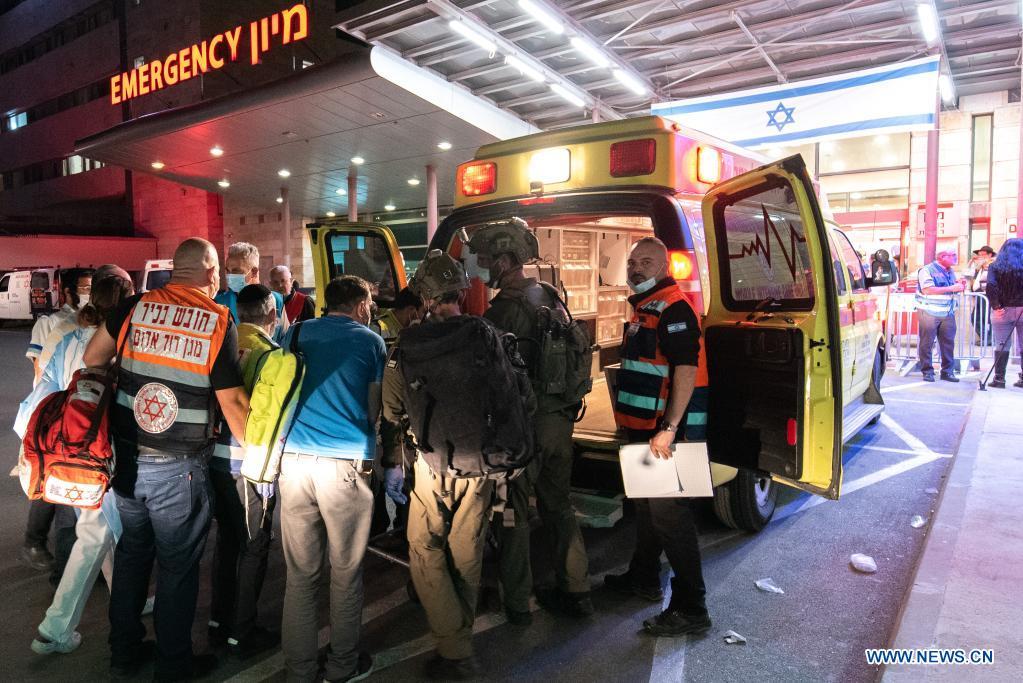 Rescuers evacuate the wounded who were injured at a stampede in Mount Meron to the Ziv Medical Center in northern Israeli city of Safed, April 30, 2021.(Photo: Xinhua)

JERUSALEM -- Israeli cabinet approved on Sunday the establishment of a state commission of inquiry into the Jewish religious festival stampede that claimed 45 lives in late April.

The inquiry commission will investigate "all aspects" of the event, in which a narrow and slippery metal-floored passageway in the men's section of the crowded site in north Israel's Mount Meron collapsed, according to a statement issued by the prime minister's office.

The probe will look into "the circles of decision-making that led to the approval of the event, the determination of the outline that was approved and its terms, and the overall professional and legal questions regarding safety at mass events," the statement read.

Defense Minister Benny Gantz said in a statement that the probe is "a moral debt to the Israeli public as well as the families," stressing that "we must ensure a similar event will never occur."

Prime Minister Naftali Bennett said at the start of the cabinet meeting that "a commission cannot bring back those lives but the government can do everything to prevent unnecessary loss of life in the future."

The bereaved families welcomed the decision but said such a commission should have been established a week after the incident. "It is sad that we have to fight for it," the families said in a statement. "We hope the lesson will be learned ... to prevent another disaster."