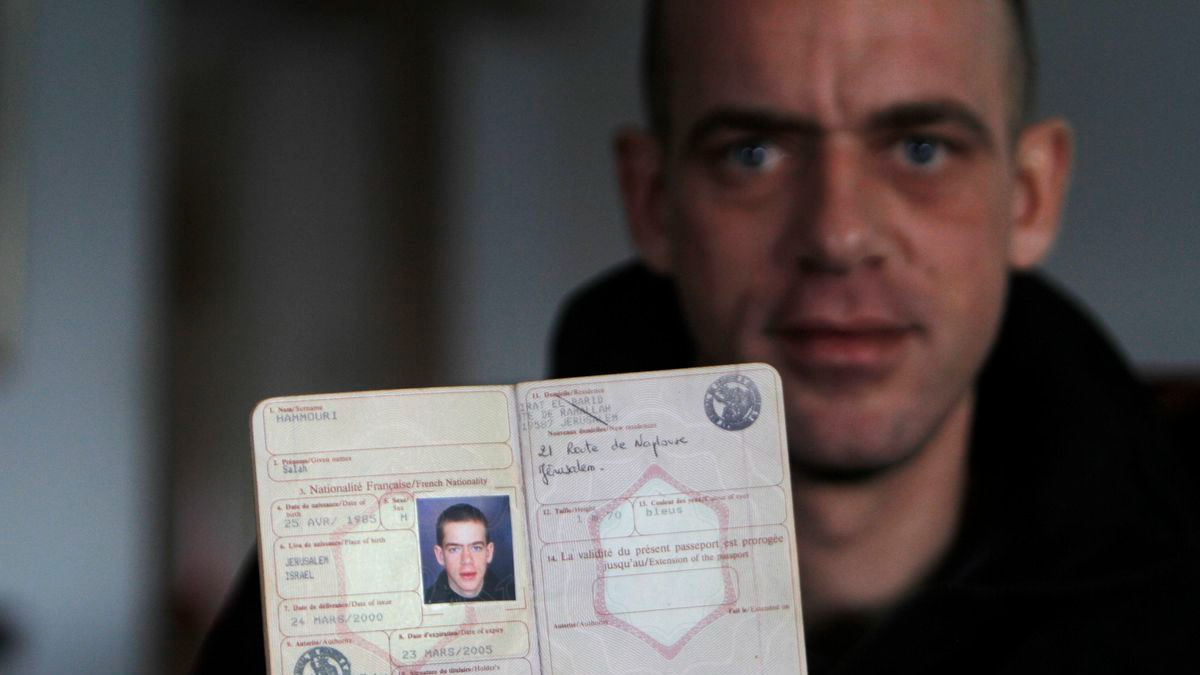 Salah Hamouri, 26, one of the 550 Palestinian prisoners freed to complete a deal in which Israel released 1,027 prisoners for soldier Gilad Shalit who was held captive in the Gaza Strip for over five years, shows his French passport during an interview with Reuters in the West Bank neighbourhood of Dahiyet al-Barid, on the outskirts of Jerusalem December 19, 2011.

Hamouri was escorted to the airport where he boarded a flight to France, the ministry said in a statement.