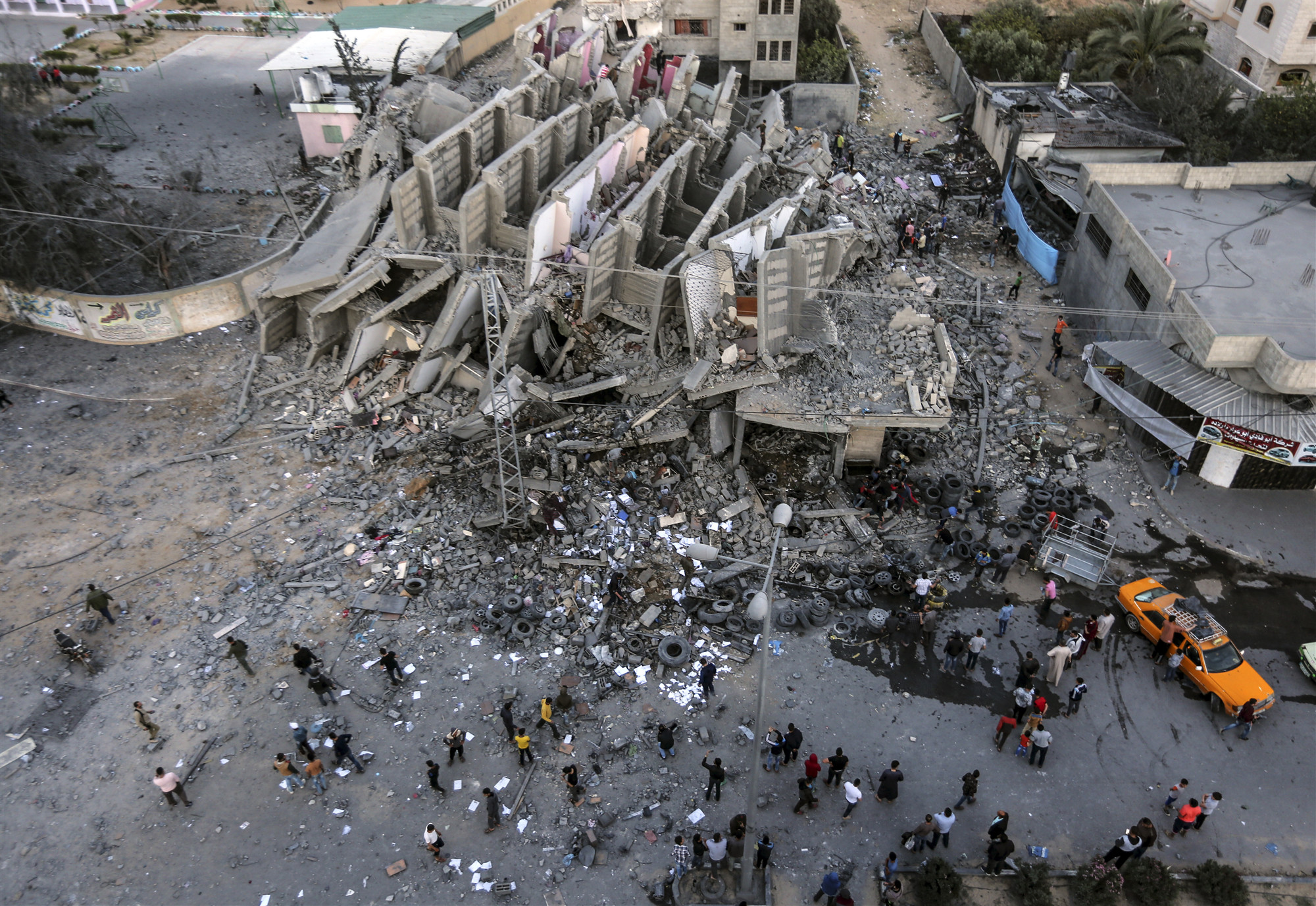 A picture taken on May 5, 2019, shows the remains of a building in Gaza City after it was hit during Israeli air strikes.

GAZA, May 6 (Xinhua) -- A cease-fire agreement was reached on Monday between Israel and the Palestinian factions after three days of tensions, Palestinian officials said.

Official sources told Xinhua that there was no any raid after the implementation of the cease-fire agreement.

Egypt and Qatar helped mediate an end to days of military escalation between Islamic Hamas and Israel, according to the sources.

Palestinian sources said that the new truce agreement in Gaza includes pledges by Israel to implement the agreements to ease the siege of the Gaza Strip within a week, according to UN and Egyptian guarantees.

The agreement has appeared to end the most serious fighting between Israel and Gaza since Israel's military campaign in Gaza in 2014.

At least 27 Palestinians were killed, including two pregnant women and two babies and at least nine militants, according to the Palestinian Health Ministry.

In Israel, four civilians were killed, at least three of them were Israeli nationals, according to figures released by Israel's national emergency medical service.