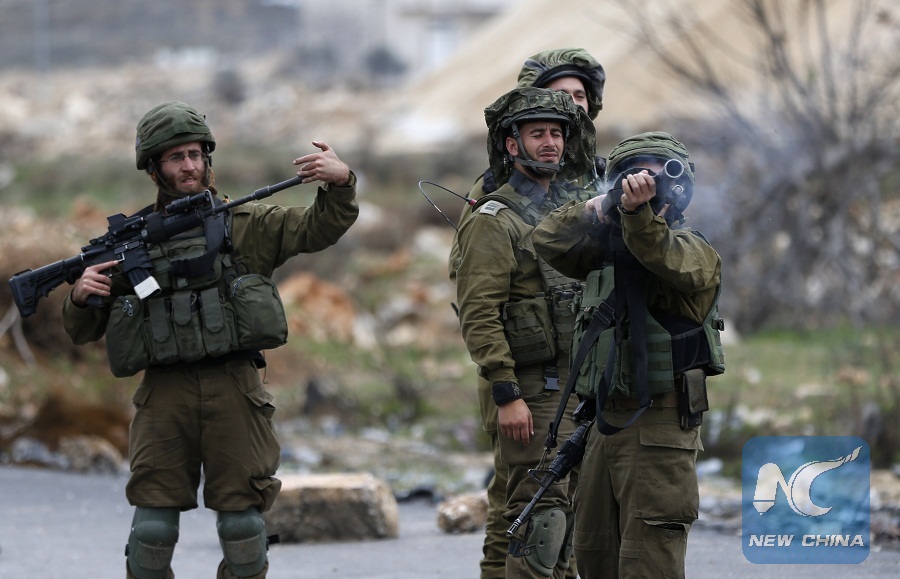 An Israeli soldier fires tear gas near one of the entrances to Israel's Offer prison in the West Bank village of Betunia as Palestinian protesters call for the release of prominent Palestinian campaigners on December 28, 2017. Photo: AFP

A total of 35 rockets were fired from the Gaza Strip at Israel in 2017, compared with 15 in 2016 and 21 in 2015, according to the statistics from the Israeli Defense Forces (IDF) issued said on Sunday.

A total of 42 weapon workshops which were believed to have been used to manufacture firearms were uncovered or sealed, while 455 guns that were illegally owned by Palestinians were confiscated by the Israeli army, according to the IDF figures.

In retaliation to the rocket attacks, the IDF struck 59 targets in the Gaza Strip in 2017, including rocket launches and training camps, weapons production sites, observation posts and more, according to the IDF's figures.