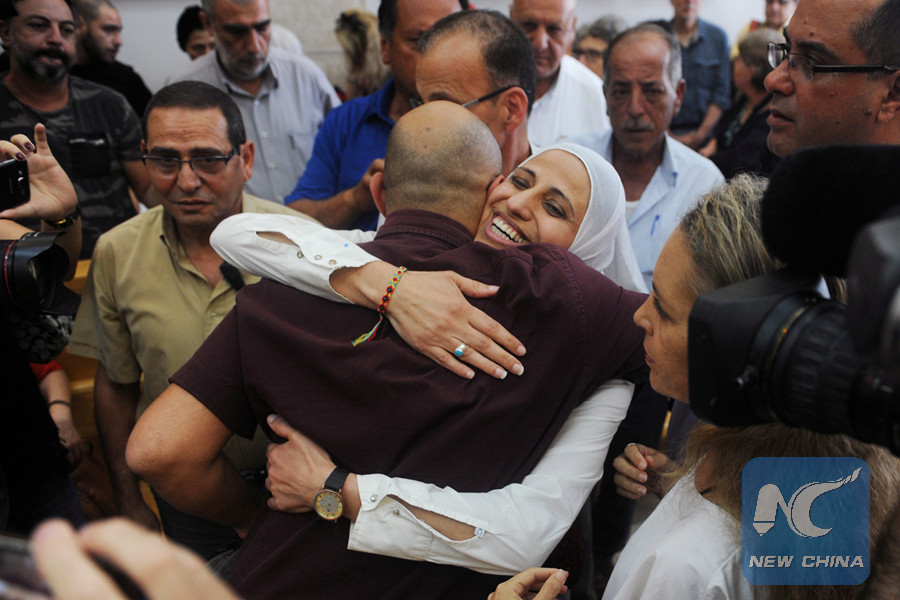 Arab-Israeli poet Dareen Tatour, 35, reacts at the magistrate court after being sentenced to five months in prison, in Nazareth, Israel July 31, 2018. (Reuters photo)

An Israeli court on Tuesday sentenced Palestinian poet Darin Tatour to five months in prison for writing and posting on social media a poem critical of the Israeli occupation.

Tatour, who is from Al-Reineh near Nazareth in northern Israel, was found guilty by the Israeli Magistrate Court in Nazareth of "incitement and supporting a terrorist organization."

She said that she was not surprised by the ruling, which she denounced as an "unjust decision."

There was "no reason to put me on trial in the first place," Tatour insisted, describing her arrest and imprisonment by Israel as "politically motivated."

"Democracy is confined to one type of people in this country," she said, in reference to discrimination against the Arab citizens in Israel.

Tatour spent several months in prison before being placed under house arrest in January 2016. She was then allowed to return to her family's home, but her house arrest continued until the end of her trial.

Tatour, who was arrested on Oct. 11, 2015, was indicted on Nov. 2, 2015 with charges of "incitement to violence and support for a terrorist organization."

Hanan Ashrawi, a member of the Palestine Liberation Organization (PLO) Executive Committee, denounced on Tuesday the Israeli sentencing of Tatour.

Tatour "was exercising her right to free speech and advocating against the cruel and belligerent military occupation," Ashrawi said in a statement.