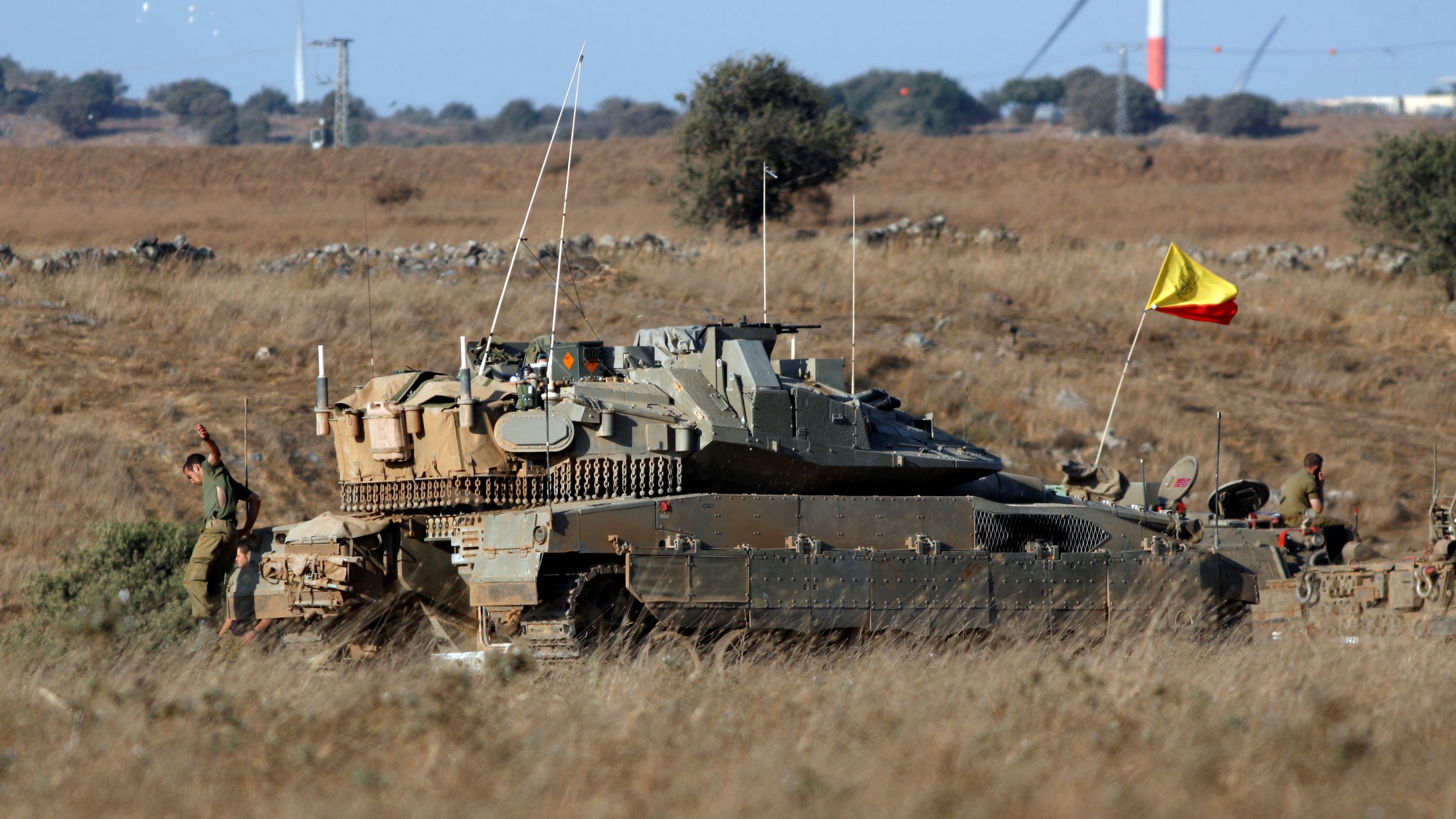 An Israeli soldier jumps off a tank in the Israeli-controlled Golan Heights, near the Israel-Syria frontier August 3, 2020. /Reuters

Israeli helicopters fired missiles on Syrian military positions in the southern province of Quneitra on Monday, said Israel's military and Syrian state news agency SANA, describing the strikes as retaliation for an attempted bombing of the border fence by an enemy squad.

The airstrikes were carried out by Israeli fighter jets, attack helicopters and aircraft against targets belonging to the Syrian army, the Israeli military said in a separate statement on Monday night.

According to the report by SANA, the Israeli choppers attacked some posts of the Syrian army on the frontier between Quneitra and the Israeli-occupied Golan Heights, causing damage only.

Tensions have been on the rise along Israel's borders with Lebanon and Syria after a fighter with Hezbollah, a Lebanese Iran-backed armed group, was killed in an apparent Israeli airstrike in Syria in July.

The Israeli military said it was responding to an attempt by a group of four people to plant explosives on a patrolled fence along the Golan armistice line between Israel and Syria.

In that incident, reported by Israel early on Monday, the military fired on the squad. Surveillance video showed the group engulfed in an explosion. An Israeli military spokesman referred to them as "former terrorists," suggesting they had been killed.

The military spokesman, Lieutenant-Colonel Jonathan Conricus, said it was too soon to say if the squad belonged to any organization, but that Israel held "the Syrian regime accountable."

There was no comment from Syria on the fence incident.

The overnight encounter occurred at the same spot where until two years ago, Israel had operated a field hospital to treat Syrians who had been wounded in the Syrian civil war, Conricus told reporters.