DAMASCUS, Aug. 19 (Xinhua) -- Israel launched missile strikes at some sites in the Syrian capital of Damascus and the central province of Homs on Thursday night, Syrian state TV reported. 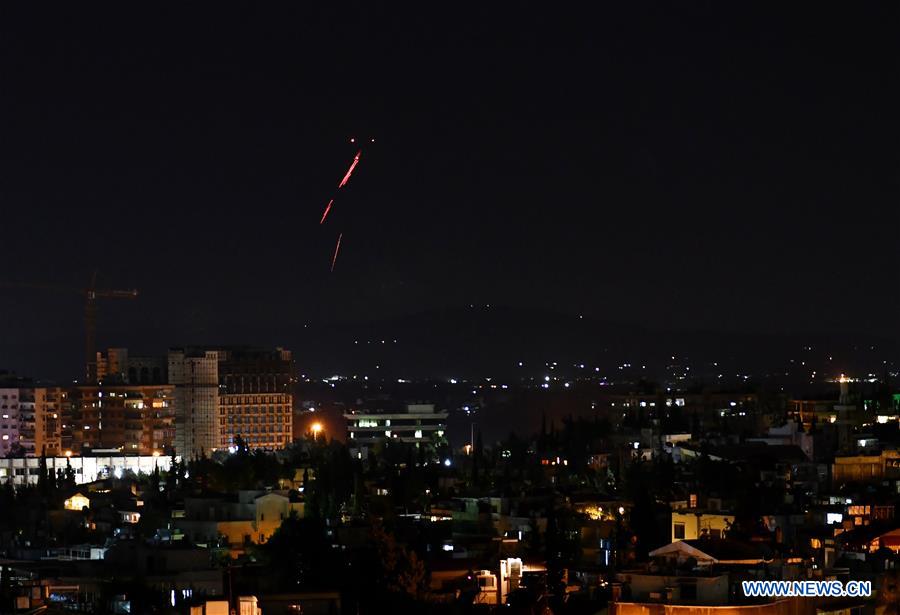 Syrian air defense missiles are seen in the sky over Damascus, capital of Syria, on July 20, 2020. (File photo: Xinhua)

The Syrian air defenses responded to the attacks, intercepting most of the Israeli missiles, reported the TV, citing a military source.

The Syrian authorities were assessing the damages caused by the strikes, it added.

The sounds of explosions were clearly heard in Damascus as the Syrian air defenses were responding to the attack.

A Xinhua reporter in Damascus saw Syrian air defense missiles chasing targets in the sky before loud explosions were heard.

The Israeli attack was the second to hit Syria within two days, after a missile attack targeted military sites in the country's southwestern province of Quneitra on Tuesday.

Israel has repeatedly launched attacks at Syrian military sites under the pretext of targeting the sites where pro-Iran militias are located.