President Emmanuel Macron issued an appeal on Saturday for a truce over the holidays but talks between the government and unions this week have failed to ease the standoff and labour leaders called for further mobilisation.

Workers at the SNCF and RATP public rail companies have downed tools to protest at the government's plan to forge a single points-based pension scheme out of 42 existing ones, which would see some public employees lose certain privileges.

As a result, weeks of travel misery worsened on Sunday, when tens of thousands planned to meet up with family and friends for the Christmas break.

Only half of high-speed TGV and a quarter of inter-city trains were running, and the SNCF urged voyagers to cancel or delay planned trips if possible.

In Paris, trains connecting the capital to its suburbs were down to a trickle, and only two out of 16 metro lines provided a service on the last shopping Sunday before Christmas.

Macron, on a visit to the Ivory Coast, urged striking workers to embrace a "spirit of responsibility" and for "collective good sense to triumph".

"I believe there are moments in the life of a nation when it is also good to call a truce to respect families and the lives of families," he said in Abidjan.

A poll by the IFOP agency published on Sunday showed public backing for the action dropping slightly by three percentage points, though 51 percent still expressed support or sympathy for the strikers.

Jean Garrigues, a historian with the University of Orleans, told AFP this was likely to change over the holidays -- cherished family time for the French.

"The transport blockage has mostly affected the Parisian region, and we can see that in the coming period, it will also affect people in the rural areas. This will alienate many people from the labour movement. There will certainly be a drop in support," he said.

On Saturday, frustrated traveller Jeffrey Nwutu Ebube was trying to find a way home to Toulouse in the south from the northern port town of Le Havre -- some 850 kilometres (530 miles) away.

"I'm upset, this strike is unbearable... The government must do something," he told AFP.

Many stranded travellers have turned to car rental agencies or ride-sharing platforms since the strike began on December 5, but the last-minute surge in demand meant vehicles were hard to come by.

The government insists a pension overhaul is necessary to crete a fairer, more transparent system.

It would do away with schemes that offer early retirement and other advantages to mainly public-sector workers, not least train drivers who can retire as early as 52.

While some unions support a single system, almost all reject a new proposed "pivot age" of 64 -- beyond the legal retirement age of 62 -- for retiring with a full pension.

Unions are hoping for a repeat of 1995 when the government backed down on pension reform after three weeks of metro and rail stoppages just before Christmas.

The protest is taking a heavy toll on businesses, especially retailers, hotels and restaurants during one of the busiest periods of the year.

Industry associations have reported turnover declines of 30 to 60 percent from a year earlier.

Stormy weather contributed to travellers' woes Sunday, dropping trees on railway lines in the south of France, blocking several routes, as violent winds left 110,000 households in the southwest without electricity. 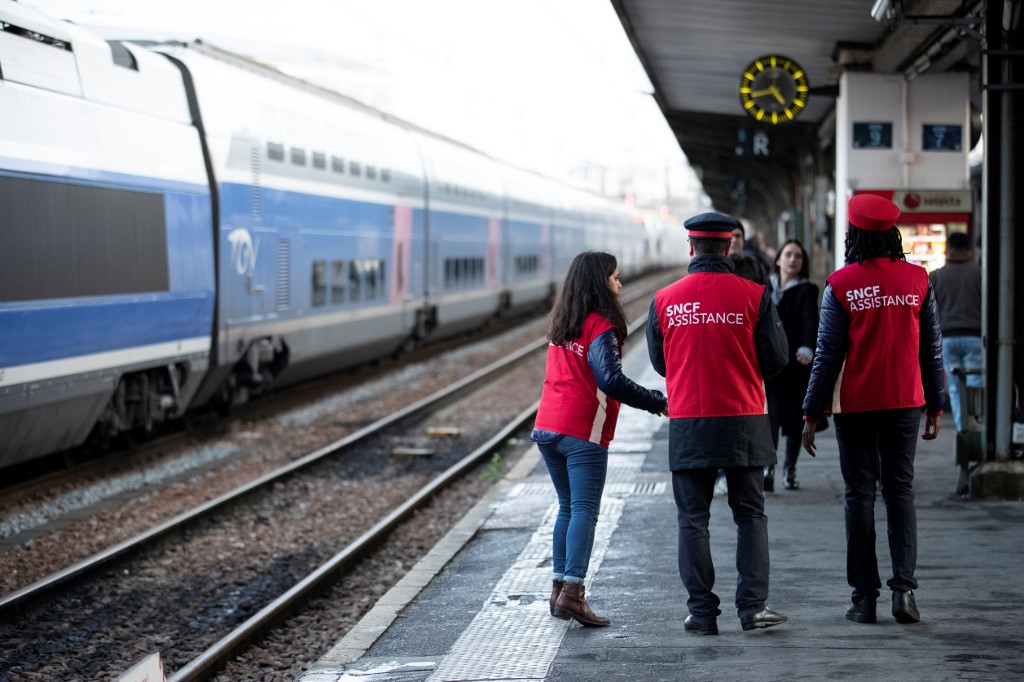