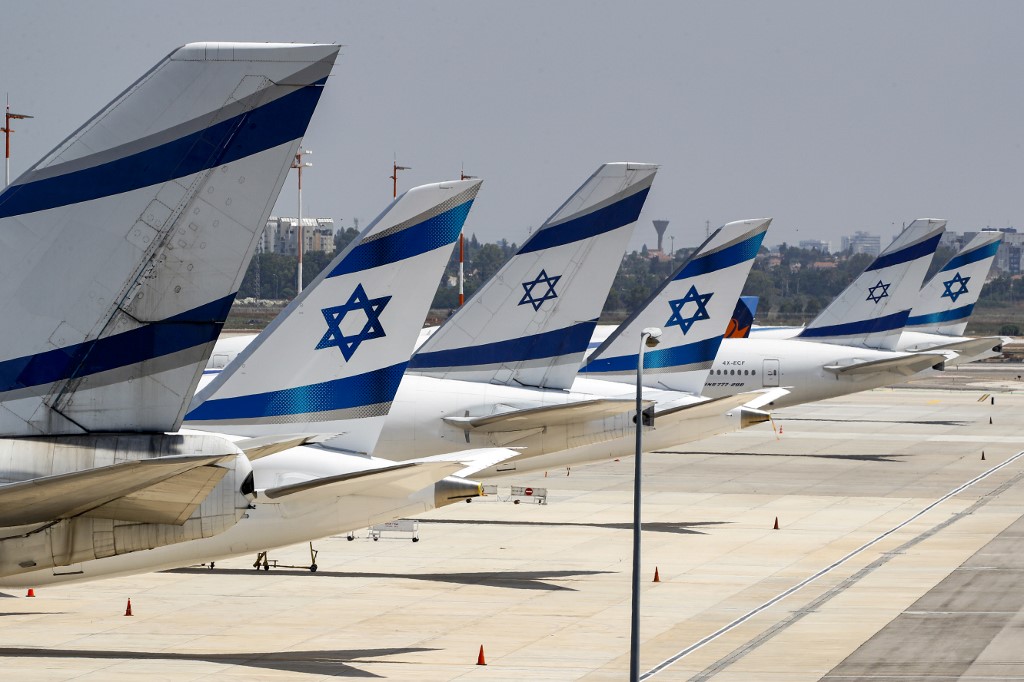 The tail ends of Israeli El Al airline aircraft are seen on the tarmac at Israel's Ben Gurion Airport in Lod, east of Tel Aviv, on July 7, 2020. (Photo: AFP)

Regev said in a statement that she had received Prime Minister Benjamin Netanyahu's approval for her ministry's plan for resuming flights.

"We will do this responsibly, in full coordination, with the approval of the Ministry of Health and the National Security Council, and subject to the morbidity data," Regev noted.

According to the plan, passengers arriving from countries defined as "green" with low COVID-19 morbidity will only be quarantined for five days instead of the current 14 days.

Passengers arriving from "red" countries with high morbidity will be required to conduct a coronavirus test before boarding the flight to Israel.

In mid-June, Netanyahu estimated that the reopening of Israeli skies to flights would be on Aug. 1.

However, the number of new daily coronavirus cases has since jumped from a few dozen to more than 2,000, which has delayed the plan.

The restrictions ban the entry of foreigners into Israel, excluding exceptional cases approved by the Population and Immigration Authority under the 14-day quarantine obligation.