An Israeli court Sunday convicted the wife of Prime Minister Benjamin Netanyahu of fraudulently using state funds for meals, under a plea bargain which saw her admit to lesser charges. 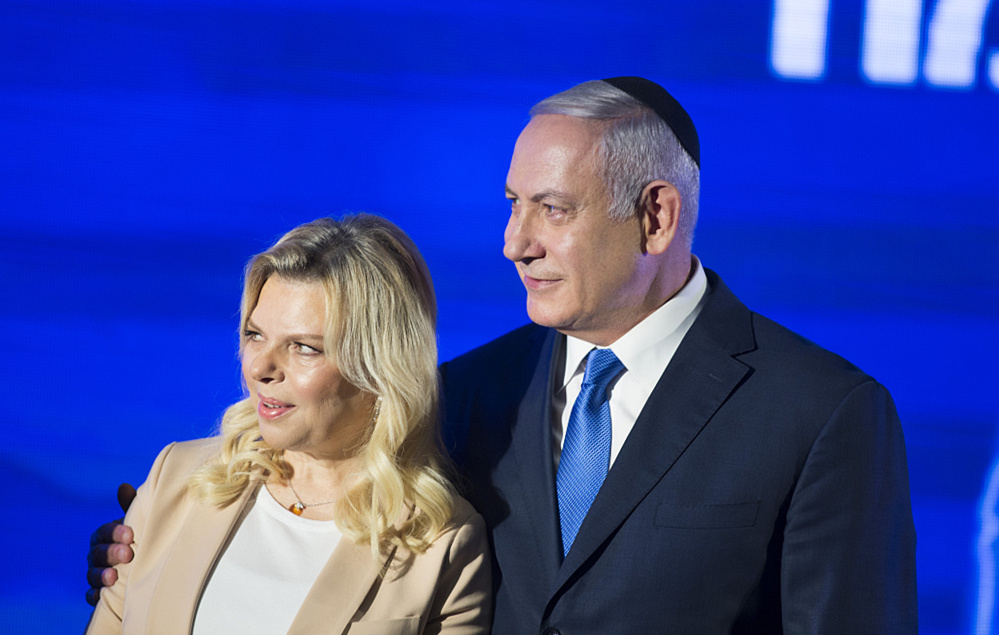 Israeli Prime Minister Benjamin Netanyahu (R) stands by his wife Sara before lighting a stylised-menorah during the start of Hanukkah, the Jewish festival of lights on December 2, 2018 in Ramat Gan, Israel. (File photo: VCG)

Sara Netanyahu was found guilty of exploiting the mistake of another person and ordered to pay a fine and compensation, in a deal approved by Jerusalem magistrates' court justice Avital Chen.

Netanyahu was also fined 10,000 shekels ($2,800) and ordered to reimburse the state a further 45,000 shekels, the latter of which she will pay in nine installments, at her request.

"The deal reached between the sides is worthy and appropriately reflects the deeds and their severity on the criminal level," Chen said in his ruling.

The 60-year-old, a high-profile presence at her husband's side throughout his long tenure in office, was initially charged in June 2018 with fraud and breach of trust for buying catered meals despite the presence of a cook at the minister's official residence.