JERUSALEM, May 10 (Xinhua) -- Israel's government on Monday rerouted an annual nationalist flag parade away from East Jerusalem's flashpoint sites to avoid further clashes with the Palestinians. 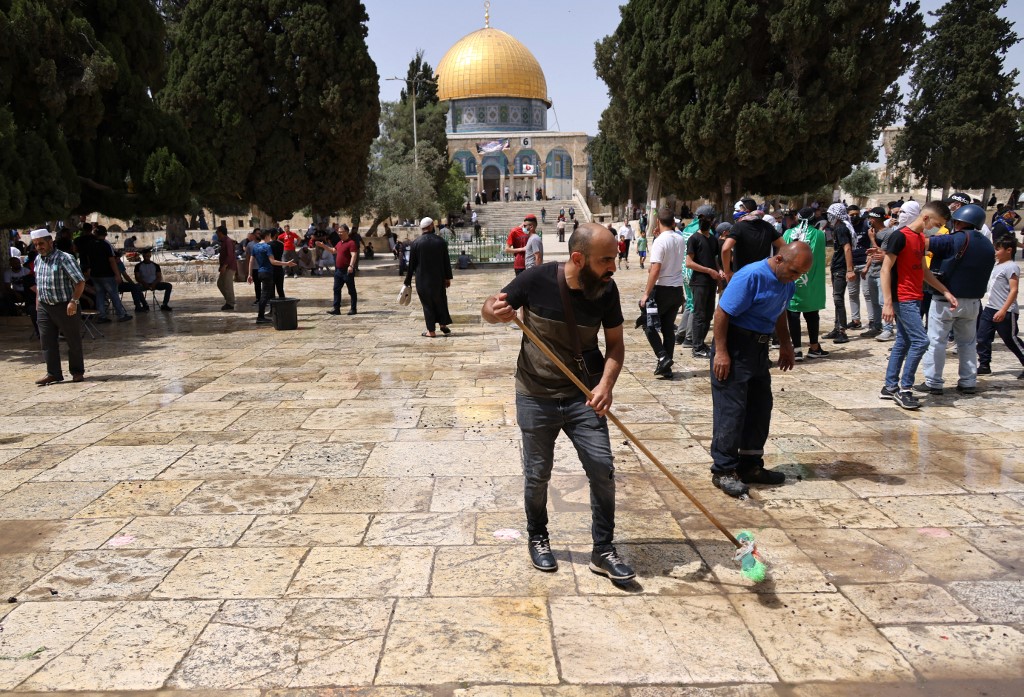 Palestinians clean at Jerusalem's Al-Aqsa mosque compound on May 10, 2021, following renewed clashes between Palestinians and Israeli police at the scene. (Photo:AFP)

State-owned Kan News reported that "under a decision by the political echelon," the parade will not pass through the Old City's Damascus Gate en route towards the area of the Al-Aqsa Mosque compound.

The decision followed a security assessment by Israel's military and the Shin Bet security service, which said the route is expected to trigger a serious escalation with the Palestinians, according to a report by Israel's Ynet news site.

Earlier on Monday, hundreds of Palestinians were injured in clashes as Israeli police stormed the Al-Aqsa Mosque compound, amid a month of soaring tensions.

The clashes were sparked by Israeli restrictions during the holy Muslim month of Ramadan and the planned resettlement of Palestinians in East Jerusalem from their homes.